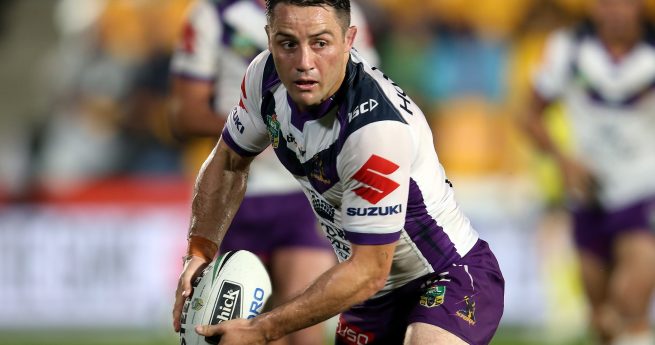 Melbourne Storm halfback Cooper Cronk will depart the Club at the end of 2017, opting for family-comes-first approach as he looks to move to Sydney next year.

Cronk informed the Club today that after his 15th season in Melbourne colours, he will move on to be closer to his fiancé Tara Rushton.

The 33-year-old said in a press release that the decision was an incredibly tough one to make, with the Club supporting him since a young age.

“Melbourne Storm has been everything to me since moving down here from Brisbane as a kid back in 2003,” Cronk said.

“The Club has helped me grow into the person I am today and I will be forever grateful to Craig, the coaches, my teammates and everyone associated with this great Club for making it such a special place to be a part of. I will always be a Melbourne Storm person.”

“To our incredible members and fans, we have shared so many special moments together over the years and I promise you I will be doing everything I can to make 2017 a season we will never forget.”

Cronk later opened up on the move at a press conference, as he and Rushton have shared a long-distance relationship for a number of years.

“Unfortunately, or fortunately, whichever side you sit on, it’s time for me to try and prioritise my time and my future and that’s why I’ve made the announcement.

“For me to finish up here at the Melbourne Storm this year is a personal (decision) … there’s a few things in life that are more important than football, like family, getting married and a future.

“I’ve been pretty selfish in my approach to my football career and I think it’s time I put someone else and something else first.”

Cronk has played 306 games for Storm, winning the premiership and Clive Churchill Medal in 2012.

Cronk has been named Dally M Halfback of the Year on five occasions and in 2016 claimed his second Dally M Player of the Year award.