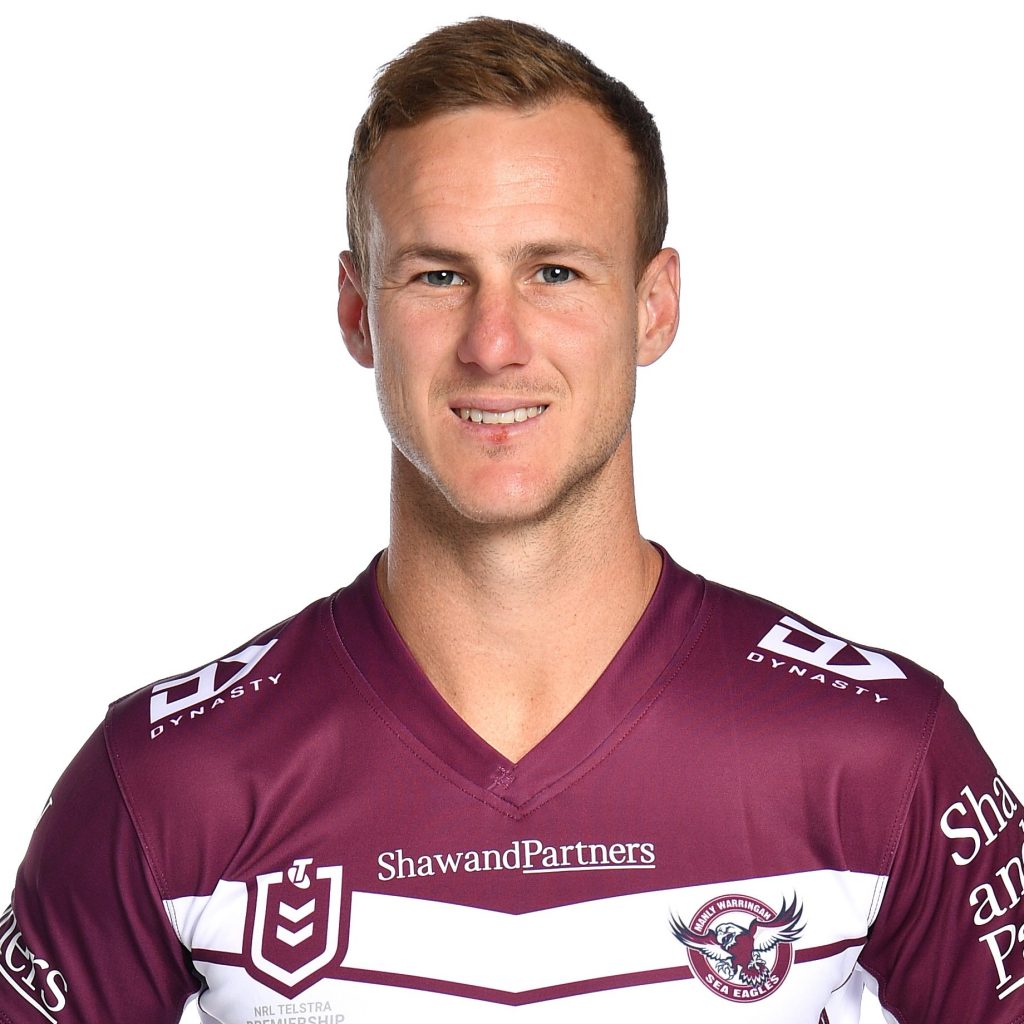 The Manly Sea Eagles skipper was appointed to the position

The Manly Sea Eagles skipper was appointed to the position at the 2021 Annual General Meeting, moving into the role following the retirement of Cameron Smith.

Daly was first appointed as a casual vacancy to the RLPA Board of Directors in December 2019 alongside Sia Soliola and Dale Copley, before being formally elected at the 2020 AGM.

Another member of the Player Advisory Group to progress through to the role of RLPA Director, Daly is also the current captain of the Queensland Maroons and first represented Australia in 2011.

The Mackay Brothers junior also won a premiership in his debut NRL season (2011) with Manly Warringah.

Speaking after his appointment as RLPA General President, Daly said: “I’m definitely honoured to appointed General President and to be able to do this job for the playing group,” Cherry Evans said. 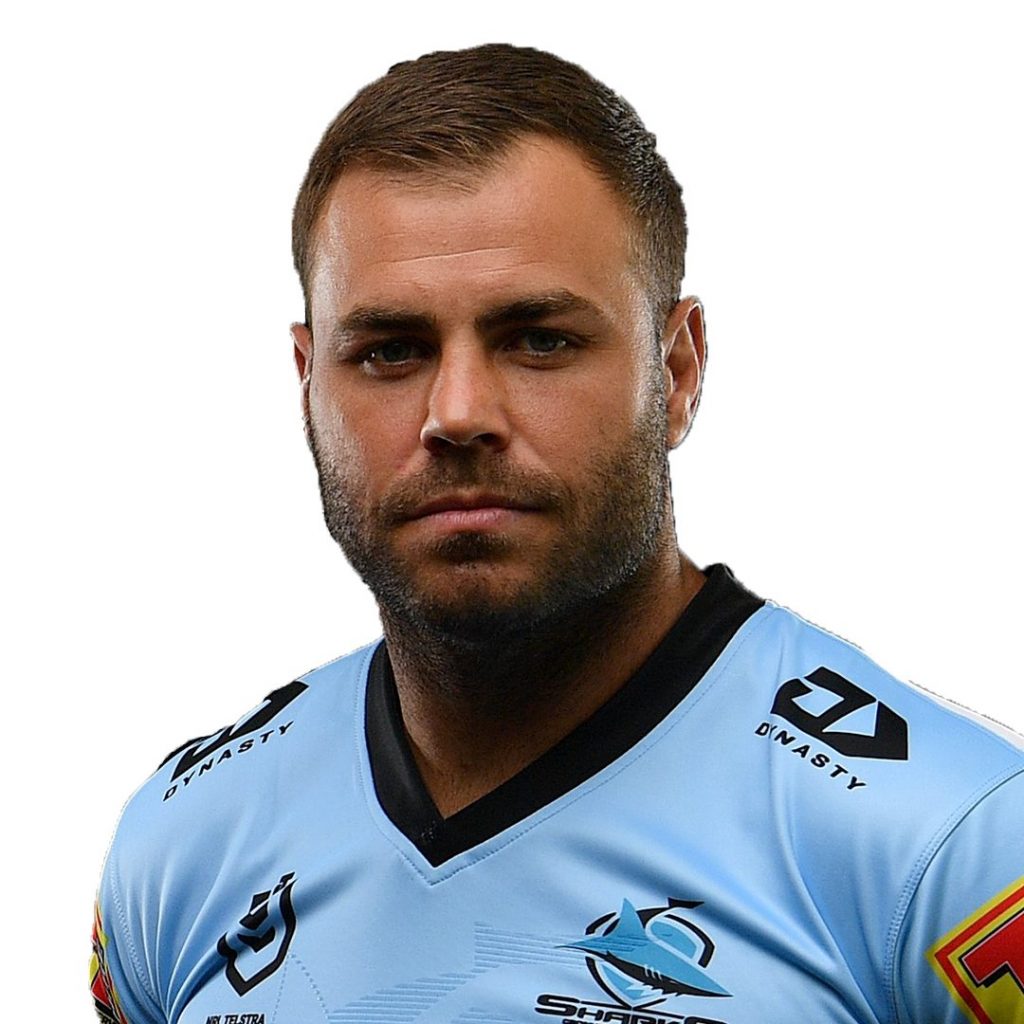 Wade was appointed to the Rugby League Players' Association (RLPA) Board of Directors in May 2019, emerging from the Player

Wade was appointed to the Rugby League Players' Association (RLPA) Board of Directors in May 2019, emerging from the Player Advisory Group and Delegate pathways.

Currently the co-captain of the Cronulla Sharks, Wade has played over 240 NRL games since making his debut in 2008 and represented Australia, New South Wales, City Origin and the Indigenous All Stars.

At the time of his appointment to the RLPA Board of Directors, the former Penrith Panther said: “This is a great opportunity for me to be at the forefront of representing players, while also ensuring our partnership with the game continues to develop." 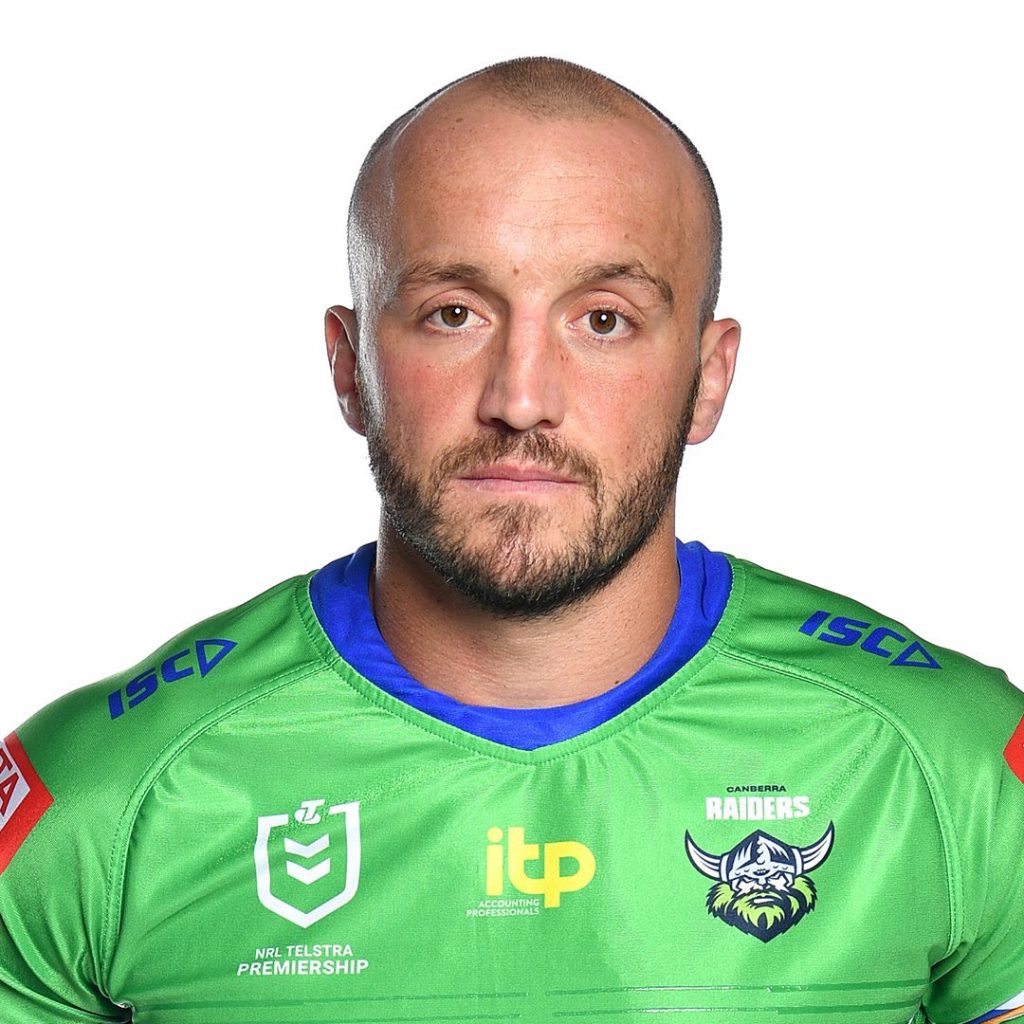 Hodgson was officially elected to the RLPA Board

Hodgson was officially elected to the RLPA Board of Directors in March 2022.

“I am thrilled and proud to be elected to the RLPA Board of Directors. I am grateful to the playing group for trusting in me to represent them at this level," said Josh Hodgson after his election to the Board. 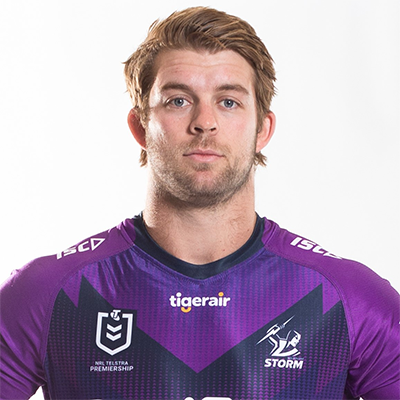 Melbourne Storm forward Christian Welch was appointed to the Board of the Rugby League Players' Association (RLPA) at the 2021 Annual General Meeting. 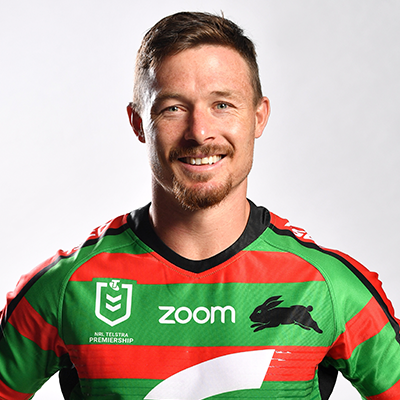 Damien Cook from the South Sydney Rabbitohs is part of the Player Advisory Group in 2020.

Damien Cook from the South Sydney Rabbitohs is part of the Player Advisory Group in 2020.

Damien made his NRL debut in 2013 for the St George Illawarra Dragons, before spending two seasons at the Canterbury Bulldogs (2014-15).

A move to the Rabbitohs in 2016 proved beneficial, with Damien securing a regular starting spot and earning representative honours in 2018.

Away from the field, Damien runs a wellness centre in Caringbah South, La Cure Wellness, which specialises in recovery, relaxation & rejuvenation.

Damien has been a RLPA Delegate for a number of years, and in June 2020 joined the Player Advisory Group.

At the time of his appointment, Damien said: “I’ve really enjoyed the role of an RLPA delegate in recent years and I’m looking forward to contributing in other ways by joining the Player Advisory Group."

“I see this as an opportunity to proactively contribute to areas that we don’t usually focus on as delegates.

“I believe I have a lot to offer the game and my fellow players, so meeting regularly with this group is a great way to harness that and use it in a constructive way for the Association and the game.” 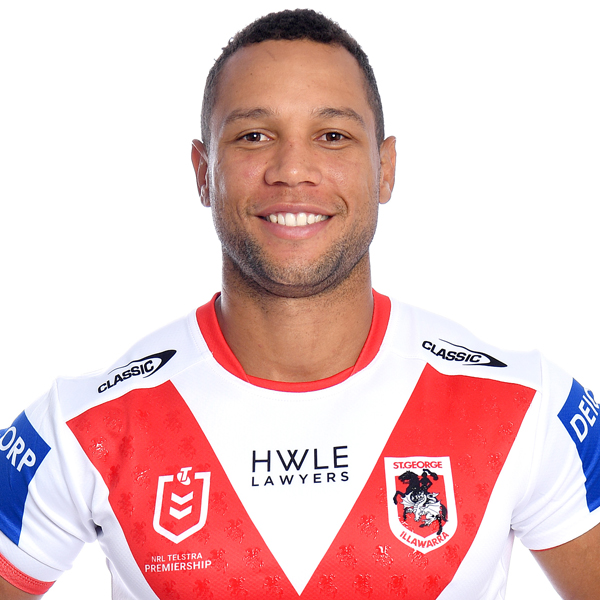 "It’s a great opportunity to sit

"It’s a great opportunity to sit down with some of the games most experienced players and also some of the games fresh minds, and work out the best outcome for all stakeholders involved in the game we love," said Moses Mbye.

"The RLPA is a great representative for players to voice their opinion and support their action.

"The PAG is a conduit for the whole playing group who have different views and issues within the game, and it allows everyone’s voice to be heard so that we can produce the best product." 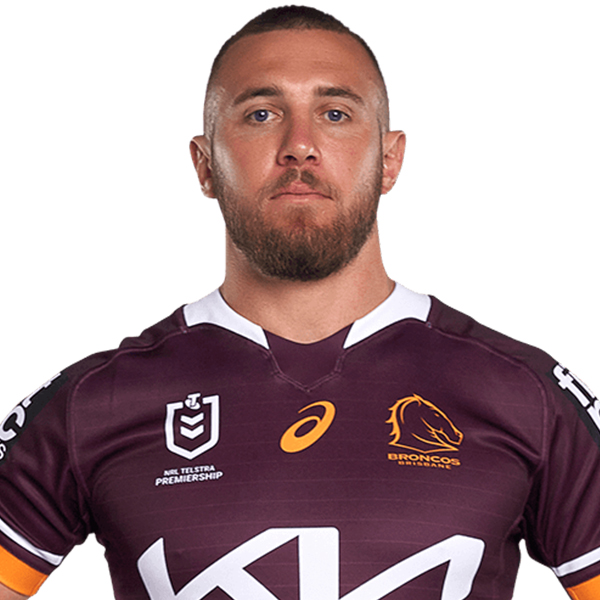 Kurt Capewell joined the Men's Player Advisory Group after previously being a Club Delegate at the Penrith Panthers.

Kurt Capewell joined the Men's Player Advisory Group after previously being a Club Delegate at the Penrith Panthers.

“I joined the Advisory Group because I saw an opportunity to be a part of something that can make an actual difference, and help voice the opinions of players from all over,” said Kurt Capewell.

“While I’m part of the Men’s Player Advisory Group, I would like to make positive changes for the playing group whilst building a strong bond with the NRL to help grow our game.”

“The RLPA is an essential piece of the NRL puzzle when it comes to growing our game. Not only does it allow all players to have input and a voice, it gives us a combined platform to work hand-in-hand with the NRL.

“The PAG allows players to have representatives scattered throughout Clubs. This helps in assisting players to voice their opinions and also relay anything from the NRL directly to the playing group.

“The Men’s Players Advisory Group has been very effective in recent times. It will continue to work together to be the connecting piece from the playing group to the NRL.” 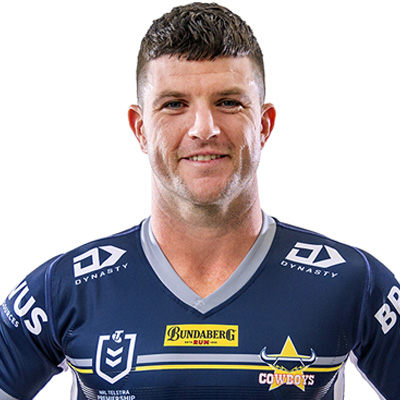 Chad Townsend of the North Queensland Cowboys joined the Men's Player Advisory Group in September 2021. He joined after being

Chad Townsend of the North Queensland Cowboys joined the Men's Player Advisory Group in September 2021. He joined after being an RLPA Delegate for a number of years.

Chad Townsend said he is joining the Men’s Players Advisory Group to guarantee the best terms and conditions ever for NRL players.

“I want to help the players secure the best CBA in the history of the game,” said Chad Townsend.

“I am passionate about players’ rights. I want to help make a difference for not only players of today's game, but for the players of the future.”

“The PAG is a group of committed players, giving up their time to represent the collective group. The group only wants what’s best for the players. The vital role the PAG plays is to advocate strongly alongside the RLPA and give feedback on all facets of our working conditions.”

“The RLPA ensures that we have the best and fairest working conditions possible, lead by Clint Newton and an unbelievably passionate team. Without the entire team working in unison we would not have the standards and conditions we currently have and we’re just getting started.” 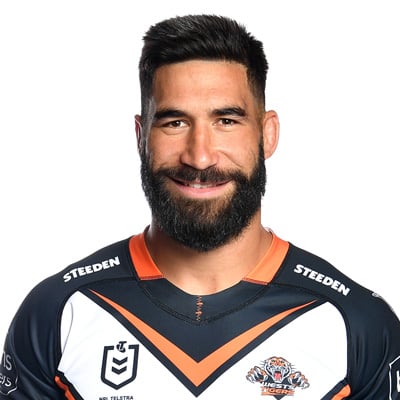 James Tamou joined the Men's Player Advisory Group ahead of the 2022 NRL season.

James Tamou joined the Men's Player Advisory Group ahead of the 2022 NRL season. 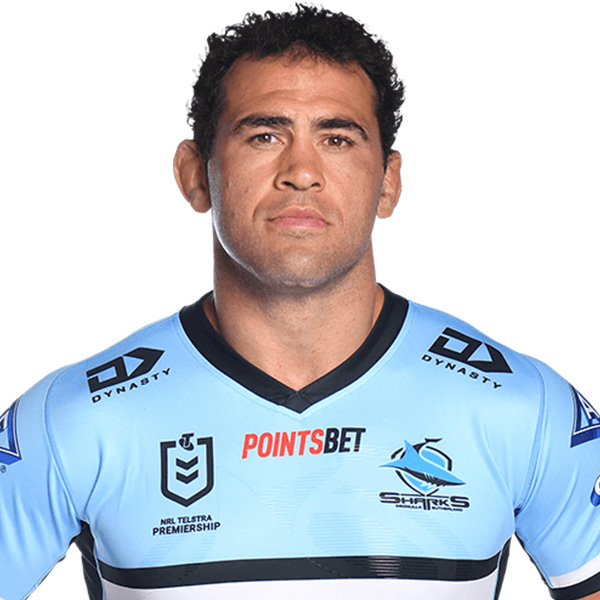 Dale Finucane joined the Men's Player Advisory Group ahead of the 2022 NRL season.

The Cronulla Sharks recruit was previously a

Dale Finucane joined the Men's Player Advisory Group ahead of the 2022 NRL season.

The Cronulla Sharks recruit was previously a Delegate during his time at the Melbourne Storm.