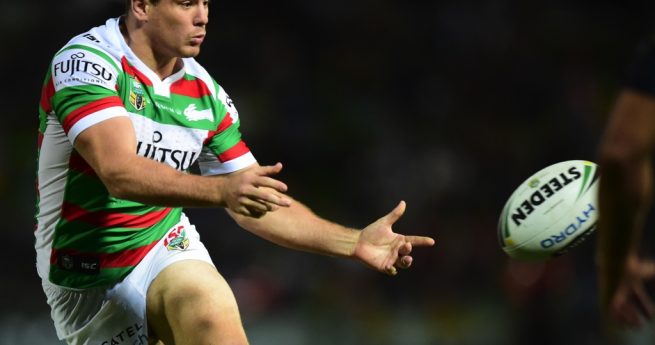 Utility forward Paul Carter has signed a contract extension with South Sydney Rabbitohs that will keep him at the Club until at least the end of the 2018 season.

Carter, 24, has played 35 NRL games to date including 14 for the Rabbitohs since making his NRL debut for the Gold Coast Titans in round one 2014.

Carter has played in the back row and at hooker during his stints with both Clubs and according to South Sydney’s Head Coach Michael Maguire, Carter has become a valuable member of the Rabbitohs’ forward pack over the past 12 months.

“Paul has worked very hard on and off the field and he is starting to see the benefits of this,” Coach Maguire said.

“His growth as not only a Rugby League player, but as a man as well, has been a pleasure to see and he’s committed to working on all areas of his game to make sure he makes the most of his opportunities.

“He provides us with options in our forward pack and is a valued member of the team in the eyes of his team mates, the coaching staff and the Members of the Club.

“We’re very happy to see ‘Carts’ extending his time with us here at the Rabbitohs.”

Carter says he is delighted to be staying on in the red and green.

“I’m really excited to know that I’ll be part of the South Sydney Club for the next few years at least,” Carter said.

“The Rabbitohs gave me a chance when others wouldn’t and I want to repay that faith to the Club, my team mates and the Members and fans.

“I’m looking forward to continuing to work with ‘Madge’ and the coaching staff, as well as playing with my team mates.

“I’m really happy to have my future locked in and I can’t wait to get out there against the Tigers tomorrow night knowing I’ll be part of this Club for a while to come.”