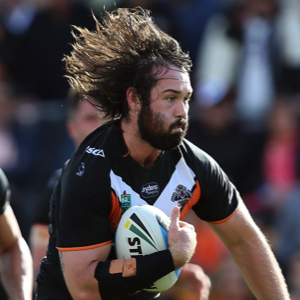 Campbelltown Sports Stadium will host its fifth Wests Tigers’ trial match in six years, while the team will also travel to Queensland to play its first ever game on the Sunshine Coast.

First on the schedule is the annual NRL Auckland Nines tournament on February 6 and 7at Eden Park, New Zealand.

Wests Tigers’ NRL squad will then come up against the Melbourne Storm at Sunshine Coast Stadium on February 13 and the Cronulla Sharks a week later at Campbelltown Sports Stadium – with both opponents featuring in the 2015 NRL finals series.

Wests Tigers CEO Justin Pascoe said the NRL trial matches will obviously play an important role in the preparations for the 2016 NRL season.

“The Club has been working with both the Sunshine Coast Council and the Melbourne Storm to get that trial match confirmed,” Pascoe said. “We are really excited to be able to head out to a new area for the organisation and play a trial match, engaging with a new group of fans and corporates.

“Following on from that we will host the Sharks at Campbelltown Sports Stadium – which provides an additional match to the four regular competition games held at that ground, continuing our support for the Macarthur region.

“The Club is also pleased to confirm that all Wests Tigers’ Members for the 2016 season will have access to this match – adding even more value to the packages on offer.

“Both games are significant to the team’s preparation for the upcoming season, with a number of new recruits set to push for a position in the NRL side for Round 1.”

Wests Tigers are yet to confirm the Under 20s trial match schedule, with one game set to be played at Kirkham Oval in Camden.

On–sale dates for tickets will be confirmed closer to each match.