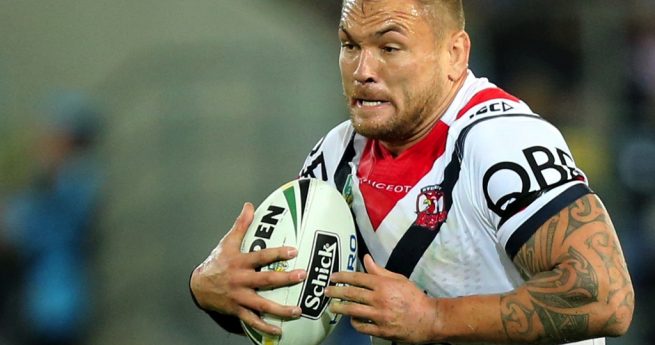 Kiwi international Jared Waerea-Hargreaves has signed a three-year contract extension with the Sydney Roosters, keeping him at the Club until at least the end of 2020.

27 year-old Waerea-Hargreaves, who is currently representing New Zealand at the Four Nations tournament in England, spoke about his excitement at extending his arrangement with the Foundation Club.

“Everyone who knows me knows how much the Roosters mean to me,” said Waerea-Hargreaves.

“It’s an honour to wear the Roosters jersey and to represent our area, and I consider myself incredibly fortunate to know that I’ll continue to be part of the team we have here for at least the next four years,” he added

Roosters CEO John Lee recognised Jared’s on-going contribution to the Club both on and off the field.

“Not only is Jared a proud Clubman, but also a favourite among our Members, corporate partners and supporters,” said Lee.

“He is a great ambassador for the Roosters and for rugby league, and to secure his services for a further three years is wonderful news for our Club,” he added.

Roosters Head Coach, Trent Robinson, added: “Jared is highly respected by the coaching staff and his teammates. He is a key leader of our forward pack on the field, and as Vice-Captain, an integral member of our leadership group off the field, so it’s great to know that Jared will continue to play his role at the Roosters in the coming years.”

For all the latest news from the Roosters visit the Club website.