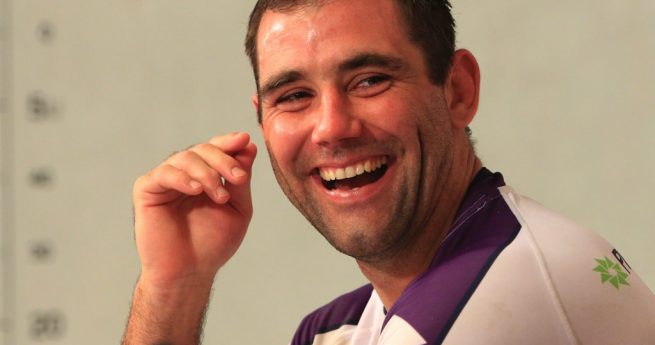 Melbourne Storm has announced its leadership group for the 2016 NRL season.

Smith will captain the side for a ninth consecutive season and will again lead Storm, Queensland and Australia onto the field in 2016.

Storm’s leadership group has grown to five this season, with Green and Bromwich added after the departure of favourite son Ryan Hinchcliffe in the off-season.

The emergence of Bromwich as leader has paralleled his on-field success in recent years, with the Kiwi international now widely considered to be the NRL’s premiere big man.

Green on the other hand has experienced a more rapid rise into the leadership role.

After several years in the English Super League the 29-year-old joined Storm for the 2015 season, playing every game as he established a formidable halves pairing alongside Cronk.

Storm will kick-off its 2016 season with back-to-back home games at AAMI Park against the Dragons on March 7 and Titans on March 13.

For all the Storm news visit the team website.

Photo: Cameron Smith will lead the Storm for a ninth season. (nrlphotos.com)