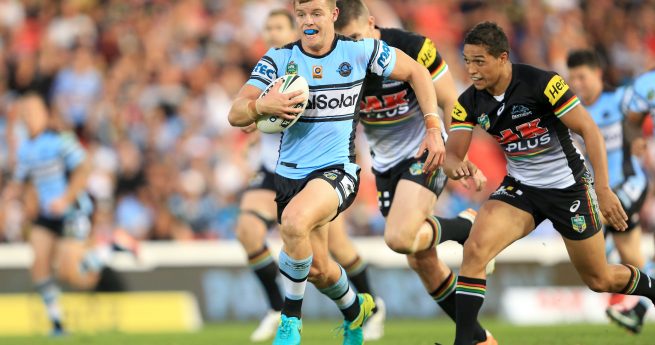 RLPA.com.au each week provides an update on NRL rookies around the Clubs, highlighting the best performers in the lead-up to the Rookie of the Year medal at the Players’ Champion awards night.

Corey Jensen from the North Queensland Cowboys was the only player to debut in Round 7, with the forward making an appearance off the interchange bench against the Dragons.

The addition of Jensen brings the number of players to make their debut in 2017 to 27 after seven games.

Sharks hooker Jayden Brailey was one of the standout rookies from the weekend, stepping up yet again as the side’s only specialist hooker as he set-up a crucial try for his skipper Paul Gallen in the victory over Penrith.

Gideon Gela-Mosby also added another four-pointer to his tally for the season, with the Cowboys speedster having now crossed three times in four games.

Across the competition, 15 rookies took the field for the respective Clubs in Round 7, with the Broncos, Roosters, Warriors, Panthers and Eels the only teams without rookies in their line-ups.

*NRL debut in Round 7