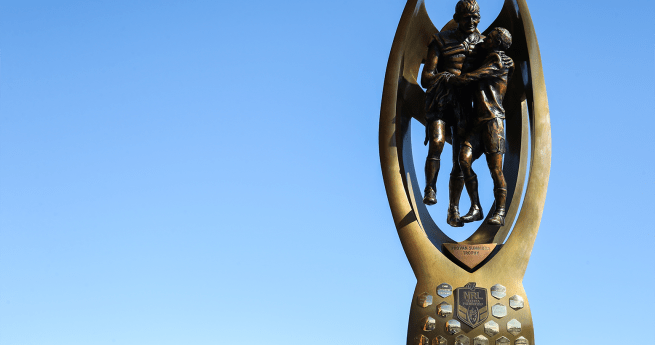 The Rugby League Players’ Association (RLPA) has welcomed the announcement of the 2019 Telstra Premiership today.

The RLPA has worked closely with the NRL in recent years to help improve the Draw so that the Telstra Premiership can continue to showcase the talents of players and remain one of the most exciting and balanced competitions in world sport.

The 2019 Draw includes a number of advancements from a player workloads and balance perspective including:

“The NRL has addressed a number of the RLPA’s key concerns associated with five-day turnarounds for 2019 such as the timing, travel and spreading them more evenly across NRL teams,” Newton said.

“While there are still further enhancements that can be made to the Draw from our perspective, we recognise that there have been a number of improvements when you compare it to the 2018 season.

“We would like to commend the NRL on their willingness to adopt a number of the RLPA’s key priorities into their guiding principles for the 2019 Draw as we strive to ensure the collective voice of the playing group is recognised when key decisions are made within the game.

“While we are disappointed that the overall number of five-day turnarounds has slightly increased, we understand the various challenges and complexities that exist when developing the Telstra Premiership draw.

“In saying that, the detrimental impact that five-day turnarounds have on player workload and balance cannot be underestimated.

“There is little doubt that these short turnarounds also impact the overall quality of the competition as players need to be at their best to perform at their best – which can only occur by providing adequate time for recovery and preparation.

“This is why the RLPA has strongly campaigned for a significant reduction in five-day turnarounds recently and we should not lose sight of the fact that just three seasons ago, there were 43 five-day turnarounds along with a range of other scheduling issues that had a negative impact on players and the game.

“Whilst five-day turnarounds are a primary focus area for the RLPA, there are other priorities for the Association which include reducing the travel requirements for teams when playing consecutive away games, along with total travel for players in any one season.

“With the demands of players continuing to increase both domestically and internationally, it’s important that we strike the right balance when formulating season schedules and that the health and safety of players remains a top priority that underpins much of the decision-making.

“Collaborating with the NRL to reduce, and ideally, all but abolish five-day turnarounds, while ensuring the overall balance of the domestic and international schedule will remain a key priority for the RLPA in the future.”