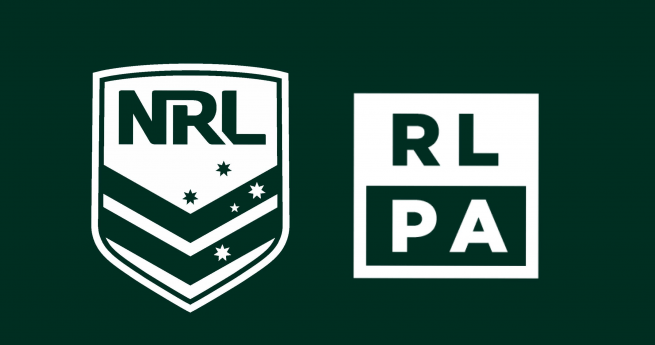 The NRL and RLPA today signed an historic Collective Bargaining Agreement which will deliver the best deal to players in the game’s history.

The $980 million deal will deliver extra funding for the player retirement fund, for players forced into retirement early due to injury, a world class wellbeing and education program, and guaranteed leave entitlements.

NRL CEO Todd Greenberg and RLPA CEO Ian Prendergast said the deal signalled the start of a genuine partnership between the game and the players.

“For the first time, our players will receive a 29.5% share of forecast game revenue, as well as a share of any out-performance revenue,” Mr Greenberg said.

“In other words, the better the game performs, the more the players will receive.

“And players will share in any financial out-performance at the same time and on the same basis as grassroots and Clubs – a true partnership to take the game forward.”

Mr Prendergast said the agreement ensured players received a fair share of revenue for their significant contribution to the sport – both on the field and off the field.

“This is an outstanding deal for the entire game of Rugby League,” Prendergast said. “For the first time in the history of the sport, the interests of players, the NRL, Clubs and States will be aligned – incentivising all parties to work together in taking this great game forward.

“The contribution that players make to the record levels of revenue coming into the game has been recognised under the CBA, with the players’ benefits also directly linked to the overall success of the NRL in the future.”

The highlights of the agreement include:

Mr Greenberg and Mr Prendergast said it reflected the professionalism of players, Clubs and the NRL that the agreement had been reached in a timely fashion and without any industrial unrest.

“We look forward to moving ahead in partnership with the NRL and Clubs, utilising the strong level of engagement that the RLPA has with our members to assist in ensuring the game prospers in the future.”

Mr Greenberg said the game was now better positioned than at any time in its history.

He said the record level of club funding should ensure the financial future of every team in the NRL.

“Now the players have a record level of funding and we will deliver a huge boost to grassroots as well.

“So, we will move into the 2018 season in better shape than ever before.”

RLPA General President Cameron Smith endorsed the new CBA deal and commended the playing group for their show of solidarity throughout the negotiations.

“The new CBA is a win for not only players, but for the entire NRL community,” Smith said.

“This deal will assist in the continual growth of the sport because for the first time ever, we will be genuinely recognised as partners in the game.

“I’m extremely proud of the way the entire playing group united behind the RLPA throughout the lengthy negotiation process – it’s a great sign that the players are engaged and willing to drive positive change within the sport.

“The next phase for all parties now is to commit to working together and building trust in the partnership, which will take shape over coming years.”

CLICK HERE TO READ THE KEY ACHIEVEMENTS IN THE CBA

CLICK HERE TO WATCH A CBA VIDEO WITH CAMERON SMITH