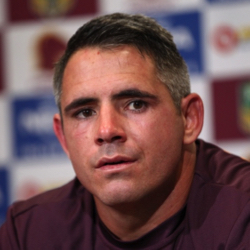 Corey Parker will this week join an exclusive club when he becomes only the 22nd player to play 300 NRL Games.

Parker will also become just the ninth player to achieve that milestone with one Club when the Broncos host the Rabbitohs on Thursday night at Suncorp Stadium for the NRL Season opener.

An 18 year old Parker made his debut in 2001 with the Brisbane Broncos against the Warriors and marked his debut by scoring a try.

In the 15 years since then he has developed into one of the League’s favourite sons with an enviable record of achievements.