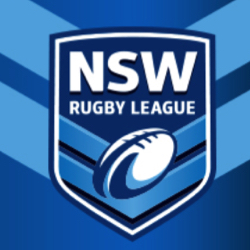 Update 29 May:  Josh Morris has been released by the Bulldogs ahead of their NRL match against the Raiders in Canberra this afternoon to replace the injured Josh Dugan (elbow) in Origin I on Wednesday.

Update Update 25 May: NSW VB Blues coach Laurie Daley has today settled on his final 17 for Game One of the 2016 Holden State of Origin Series at Sydney’s ANZ Stadium next Wednesday (1 June), releasing Josh Morris (Bulldogs) and Tyson Frizell (Dragons) from camp.

The pair will return to their respective clubs on Thursday, 26 May to play this weekend before re-entering the NSW VB Blues camp in Sydney on Monday.

NSW VB Blues coach Laurie Daley has today named five debutants in a 19-man squad for Game One of the 2016 Holden State of Origin series at Sydney’s ANZ Stadium on Wednesday week (1 June).

The NSW Minister for Sport, the Hon. Stuart Ayres MP, announced the 19-man squad at an official lunch at The Star’s 24/7 Sports Bar.

Daley is yet to finalise positions and starting line-up with the squad announced in alphabetical order as follows:

Klemmer and Mbye renew with...