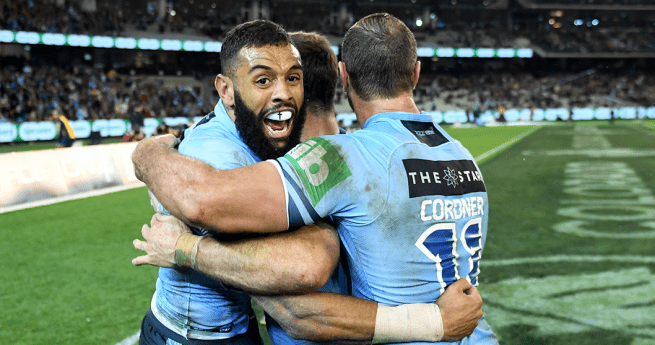 New South Wales have an early advantage in this years State of Origin series, winning a thrilling opening match 22-12 over Queensland In Melbourne.

Sydney Roosters fullback James Tedesco was awarded man-of-the-match in a stellar performance that saw him score the opening try and play a key role for the Blues throughout the night.

Queensland were led by an inspirational performance by first-time skipper Greg Inglis, however they were unable to contain a New South Wales side led by 11 rookies.

Josh Addo-Carr, Tom Trbojevic and Latrell Mitchell all scored on debut for the Blues.