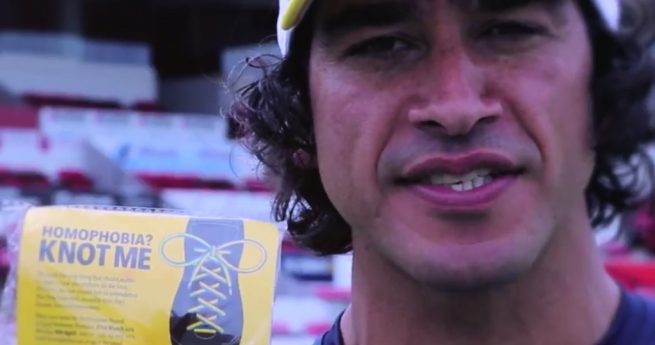 ‘Rainbow Round of Sport’ – Thursday 31 March to Monday 4 April

We believe everyone should be welcomed into our great Game so we’ve jumped on board this week’s ‘Rainbow Round of Sport’ to support Pride in Diversity.

Inspired by a similar campaign in the UK, the inaugural Rainbow Round of Sport’ in Australia, hopes to raise awareness and help kick out homophobia from the sporting environment. The campaign is being backed by SKINS and a host of sporting stars, Clubs and organisations.

Rugby League should be a safe environment whether you are a player, administrator, official or fan, and we want everyone to enjoy their Rugby League experience without being subject to abuse.

To find out more visit the #RainbowLaces campaign website.

Online stocks of the free laces have been exhausted but if you are still after a pair go to your local Rebel or Amart sports stores as they might still have some.

Don’t forget to share a pic of your support and tag #RainbowLaces.

This is Origin launched