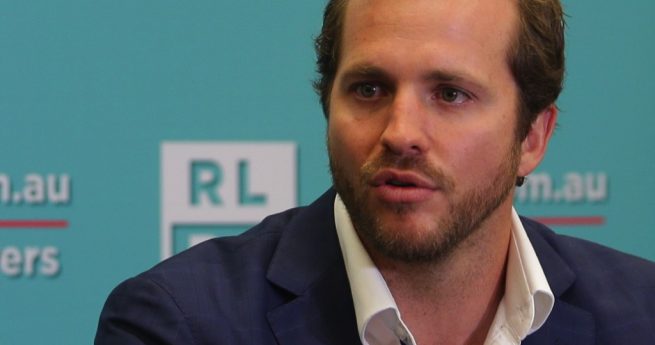 The interchange will increase from eight to twelve for this weekend’s City – Country clash in Tamworth in a bid to alleviate the impact of a short turnaround on Players from four NRL Clubs.

Kari City play the VB Country side on Sunday afternoon which means Players in the Origin match who also run on for Canberra and St George Illawarra in their Round 10 Game face a four day turnaround. South Sydney and Parramatta Players will play five days after the Representative Game.

“We appreciate Ricky raising the issue with us and we’d like to thank the NRL, Country Rugby League and NSW Rugby League for their support of the agreed measures to address Player wellbeing concerns,” RLPA General Manager – Player Relations, Clint Newton.

“It’s a very tight schedule next week but hopefully the extra four interchanges will help to spread the load during the game and aid the Players’ rest and recovery,” said Newton.

“Player wellbeing is certainly something we take very seriously,” said NRL General Manager – Football Operations, Nathan McGuirk. “I’d like to thank the RLPA, the CRL and the NSWRL for their efforts through the consultation process to come up with an appropriate course of action.

“On top of the interchange measures, players will also have access to a charter flight from Tamworth to Sydney immediately after the match,” said McGuirk.

Newton has spoken with both Stuart and Dragons coach Paul McGregor who are both satisfied with what has been put in place.

“It is a great result for the players, their welfare needs to be the key priority and we are appreciative of the efforts of all involved to achieve this outcome,” said McGregor. “Our players have had a lot of travel in addition to the weekly workload so this is welcome news for them and everyone associated with the Dragons”.

“It demonstrates that we can get a positive outcome for Player wellbeing if we work together,” said Newton. “It also highlights how important it is to have input from all stakeholders when the schedule is drawn up.

“In future we look forward to issues like this being identified and resolved well in advance.”

Five Raiders and three Dragons have been named for the City-Country Game while two Rabbitohs and one Eels player have been selected.

The four teams also have Players in the Pacific Tests being played on Sunday in Parramatta but these are governed by international rules that allow 10 interchanges.