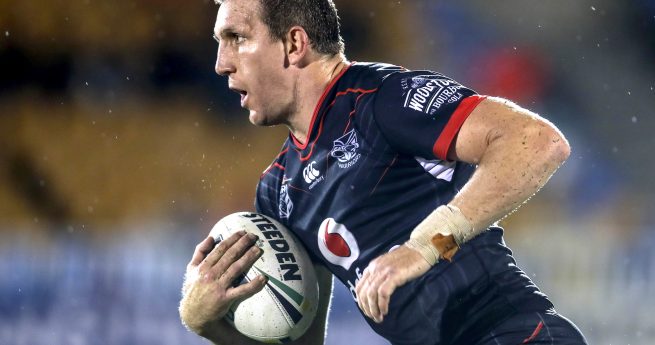 New Zealand Warriors forward Ryan Hoffman will become the 27th player in history to play 300 NRL games when he lines up against the Gold Coast Titans on Saturday night.

Hoffman made his first-grade debut in 2003 for the Melbourne Storm, playing 170 games before departing for a season in the Super League in 2011 with the Wigan Warriors.

The 33-year-old returned to the Storm in 2012, playing another 75 NRL games for the Victorian-based side before joining the New Zealand Warriors ahead of the 2015 season.

The backrower has made 53 appearances for the Warriors, whilst also enjoying a decorated representative career that includes six tests for Australia, 14 games for New South Wales and 7 appearances for City Origin.

“On behalf of the RLPA, I congratulate Ryan on an outstanding achievement that only a small group of players have achieved previously,” Mr Prendergast said. “The 300 Club is an elite group of some of the game’s finest players and we commend Ryan on becoming part of that.

“He has a remarkable list of achievements that includes playing for his country, representing his state, captaining his Club and winning a premiership.

“Ryan also makes a significant contribution off the field, including in his role as an RLPA delegate at the New Zealand Warriors.

“I would like to send my congratulations to Ryan and wish him well in Saturday’s match which will no doubt be a special occasion for him.”

The Warriors head to Cbus Super Stadium on Saturday to face to the Gold Coast Titans.