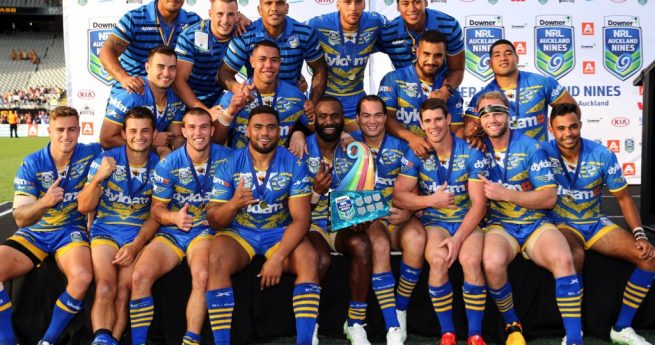 Parramatta has secured the 2016 Downer NRL Auckland Nines following a 22-4 victory over the Warriors in the final while the Ferns triumphed over the Jillaroos in the women’s competition.

Norman joined his teammates Bevan French, who finished the tournament with eight tries, as well as Semi Radradra, in the Team of the Tournament.

The Eels had beaten Newcastle in the quarter finals and Melbourne in the semi finals on their way to the final.

In the women’s series, the NZ Kiwi Ferns won both matches on Sunday to secure the Nines series 2-1.

NRL Head of Football Todd Greenberg commended the efforts of all those involved, including tournament partners ATEED and Duco Events.

“Once again, we have seen both a wonderful exhibition of rugby league as well as incredible colour not only at Eden Park but in the days leading up to the tournament,” Mr Greenberg said.

“The Club visits on Thursday were incredibly popular and the players were great ambassadors – as they were again during Friday’s Fan Day.

“It was great to see the first serious rugby league of 2016.

“We would like to thank the city of Auckland and the fans who came out. Auckland has again put on a fantastic show.”

Team of the Tournament

All action on day one of...