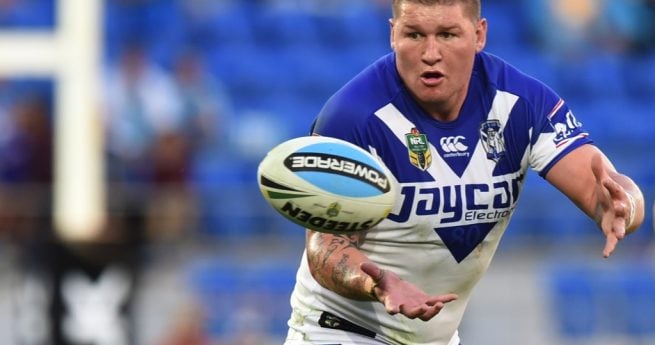 The Canterbury-Bankstown Bulldogs have announced the squad for the Downer NRL Auckland Nines to be played at Eden Park on February 6-7.

Kiwi international Greg Eastwood has been named as captain of the squad with the 28-year-old set to lead the blue and whites out for the first time in his career.

“It’s a dream to get the opportunity,” Eastwood said. “It’s obviously just for this tournament but to get the chance to lead the boys out will be great.

“It’ll be my first time over there for the Nines and for it to be in my home city, it’ll be a really good experience.”

A number of new faces will be on show for the first time with Brad Abbey, Craig Garvey and Kerrod Holland being named in the squad.

New Zealand based fans are encouraged to join as New Zealand Plus members prior to the Nines to take advantage of the special offer that includes a ticket to the tournament as well as the club’s round seven match in Wellington against the Warriors. Visit bulldogs.com.au to find out more.

The squad is as follows:

Photo: Greg Eastwood will captain the Bulldogs in Auckland (nrlphotos.com)

Anasta back for the Roosters...