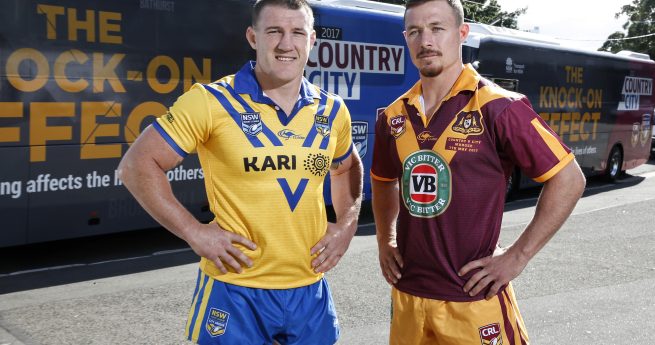 Both sides have been named for this weekend’s City-Country representative fixture at Mudgee’s Glen Willow Regional Sports Stadium.

Mitchell Aubusson has been named captain of the City Origin side, while Paul Gallen has come out of representative retirement to captain the City team.

The St George Illawarra Dragons and Penrith Panthers both have five players each selected across the two teams, with anumber of up and coming players being rewarded for impressive starts to the 2017 season.

The Cronulla Sharks have the next most representatives with four players – including Gallen, Matt Prior, Chad Townsed and Joseph Paulo.

The match will take place at 4pm this Sunday in Mudgee.