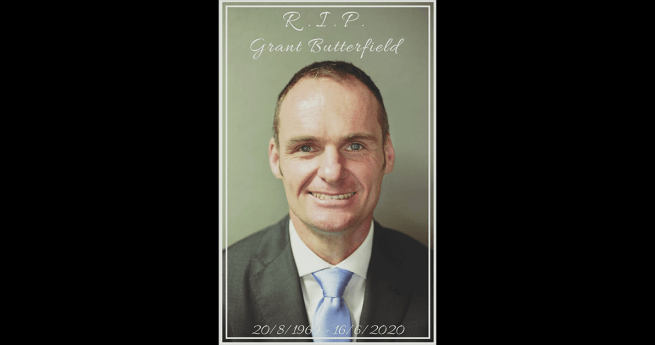 The Rugby League Players’ Association (RLPA) has paid tribute to Grant Butterfield, a past servant of the Association, who has passed away at the age of 50.

An honourary RLPA Life Member (2006) of the Association, Grant endured a three-year battle with cancer and was laid to rest today after passing away in his sleep last week.

A former St George and Parramatta lower grade back-rower and Australian Schoolboys representative (1986), Grant had a pivotal role in supporting his brother Tony’s leadership of the RLPA – providing his legal expertise during an extremely challenging time for the players’ movement.

RLPA Chief Executive Officer, Clint Newton, passed on his condolences to the Butterfield family and those close to Grant.

“On behalf of the RLPA and our members, I pass on our sincere condolences to Grant’s family and friends during these difficult times,” Newton said.

“Grant played a key role for the Association during an extremely challenging period and was generous in committing his time pro-bono throughout the negotiation of the first enterprise agreement of the professional era in 2003.

“Grant should long be remembered and admired by our members for his important cameo that helped enshrine the future of the modern player.”

“So delicate were relations between the players and the NRL at the time, it is not with exaggeration when I say that without his enthusiasm and generosity of time, we may have not secured the first enterprise agreement of the professional era 2003,” he said.

“This was all while serving as a partner in a major Sydney law firm and with three beautiful kids.

“Grant was part of a formidable combination with legal lead Tony Slevin that we had at the RLPA, bringing his common-sense appreciation and expertise in dispute resolution and contract law, as well as junior and senior rugby league credentials to the table.

“We will all desperately miss Grant and we thank Clint and the RLPA team for their tribute today.”