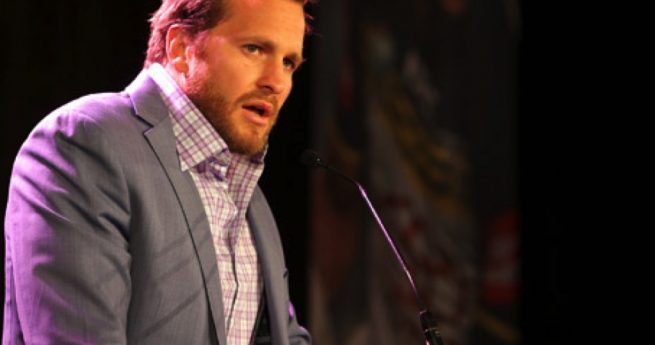 The Rugby League Players Association (RLPA) has called on the NRL to detail how it will combat Player fatigue and burnout in the wake of the release of the 2016 season draw.

RLPA General President, Clint Newton says, while NRL management has indicated that in future seasons there will be fewer short turnarounds, that is no consolation for current Players.

“The NRL want us to congratulate them because there has been no overall increase in five day turnarounds but the reality is that for more of our members, the situation in 2016 is worse than in 2015,” said Newton. “The NRL says Player welfare is a ‘fundamental’ so why then are more Players being expected to back up in five days in 2016 than in 2015?”

The NRL failed to deliver on its promise of consultation with the RLPA during the decision making process and the Players now want a plan in place before the season starts, that details exactly what steps will be taken to address scheduling and mandatory recovery concerns.

Next season the Sea Eagles, Sydney Roosters and Wests Tigers have four five-day turnarounds. The remaining 19 of the 31 scheduled are split between 11 teams.

Newton yesterday spoke with Manly CEO Joe Kelly who shares the Association’s concerns about the impact of the draw. Manly players, arguably the worst affected, are expected to play three games in 10 days across rounds three, four and five. They then play round six in New Zealand and five days after that are back on the field at home.

“Manly’s schedule underlines the issues we’ve repeatedly raised with the NRL,” said Newton. “This is not about Players having a whinge, this is about professional footballers who’ve identified a workplace risk posed by the immense pressure put on them to back up without a reasonable time for recovery.”

That pressure is compounded when you add travel, promotional obligations, family and personal development commitments into the limited available time.

“These factors and fewer interchanges in 2016, mean an increase in Player workload, Player fatigue and the risk of injury and burnout,” Newton explained. “Players are not robots that you plug in and recharge on demand.”

Newton warns there is also the potential of damage to the broadcast product.

“We’re happy the Nine Network, Foxtel and Telstra will continue to showcase Rugby League,” said Newton. “Our job is to make sure we protect the Players because if they are not at their best physically and mentally they will not play the best football.”

The RLPA will sit down with the NRL in coming weeks to identify a process to ensure the views of Players and Clubs are considered, debated and given appropriate weight well in advance of future draws being finalised.

Newton says while the RLPA acknowledges there are obligations to broadcasters and that Players cannot dictate when and where they play, it is the talent and commitment of the Players that has laid the platform for the broadcast deal.

“Surely if you want to deliver the best possible competition for the fans and viewers it makes commercial sense to incorporate the feedback of the Players who are providing top-shelf entertainment week in week out.”

Whilst Player performance, health and wellbeing are the Association’s priority concerns the 2016 draw also highlights the need for integrity and fairness from an economic perspective.

“Some Clubs have been dealt a draw that presents them with serious commercial limitations,” said Newton. “Those limitations have the potential to impact the funding available to maintain minimum standards across Player support services.”