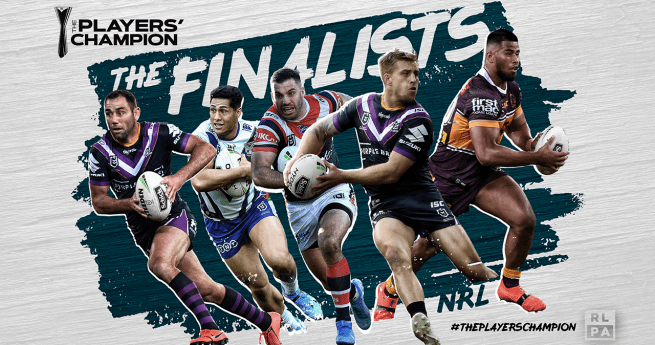 2017 Players’ Champion winner James Tedesco is among the five finalists, with the superstar fullback already winning a host of awards in a stellar season.

The winner will be announced on Monday, 14 October at Foxtel on Oxford in Sydney.

Finalists for the Rookie of the Year honour were revealed last week – click here to view the list.

The NRLW Players’ Champion will this year crown the best player in the Women’s Premiership, with finalist for 2019 award to be revealed next week.