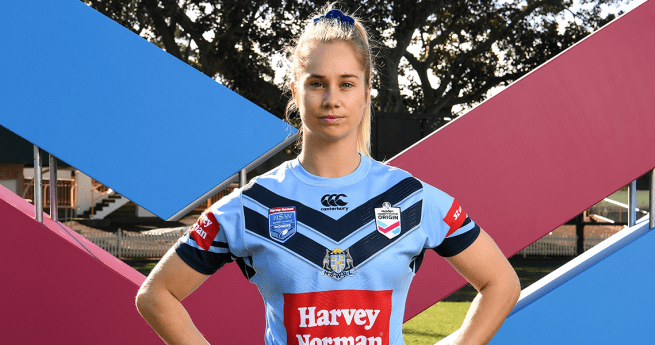 The NSW Rugby League is proud to announce the Harvey Norman NSW Women’s Origin team to play Queensland in the 2019 Holden Women’s State of Origin at North Sydney Oval on Friday 21 June.

New coach Andrew Patmore has named Kezie Apps to captain the side which includes seven debutants, as well as a player (Kylie Hilder) returning after a 10-year absence from NSW representative honors.

The interstate match was played under the Origin banner for the first time in 2018, with NSW claiming honours for the past three successive years.

This year an inaugural Under-18 Women’s Origin match will be played as part of a double-header with the (open) women’s game at North Sydney Oval.

The 2019 Harvey Norman NSW Women’s State of Origin team is: