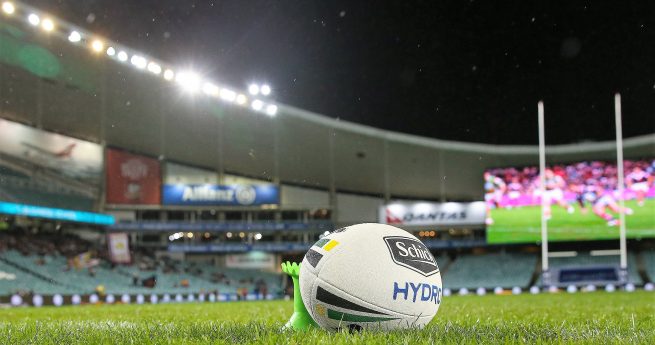 The Competition Committee has today endorsed the game’s crackdown on play-the-ball infringements and the 10 metres.

The Committee met today in Sydney and agreed that the focus on appropriately policing the rules regarding play-the-balls and the 10 metres had led to a more entertaining brand of Rugby League.

The group, which implemented the crackdown at its last meeting in November last year, was shown figures which highlighted that compliance for the 10 metres had increased over the course of the season.

“When you have a game where both teams are doing their best to comply with the 10 metres, you get a better game,” North Queensland Cowboys Coach Paul Green said.

“Clearly we want to always try to limit occasions when there are a significant number of penalties in a match but as a group it was felt that we needed to go through that period to get to where we want to be.

“We are certainly on track to reach that position.”

RLPA General Manager of Player Relations Clint Newton said the playing group had been supportive of the game’s stance.

“We’ve had feedback from the players that they are comfortable with the policing of some of the fundamental rules,” Newton said.

“It’s great that players have the opportunity to provide feedback on numerous areas within our game and it can only be a benefit as the sport continually evolves.

“The players are determined to work with the NRL and Clubs to ensure that we continue to provide an attractive game for supporters.”

The Committee also endorsed a review of the current interchange system which will take place between now and the end of the year.

“We will have three years of data by the end of this season and we have always felt that is an appropriate period to judge the impact of the changes,” Canavan said.

“It’s important that a decision of this magnitude is evidence-based.”