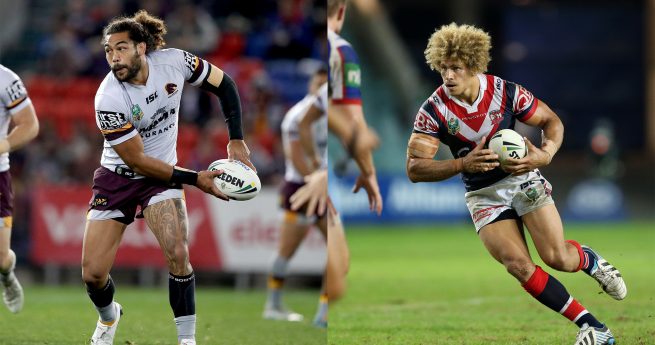 The Rugby League Players’ Association (RLPA) is pleased to welcome two new additions to its Board of Directors in Adam Blair and Eloni Vunakece.

Blair and Vunakece will join a committed group of Directors led by General President Cameron Smith and Chairman Russell Adams.

Blair is one of the most respected and experienced forwards in the NRL having notched up 258 NRL games and recently taken the reigns as captain of the New Zealand Kiwis.

Vunakece is a Sydney Roosters prop forward who has represented Fiji on nine occasions, including at the 2013 Rugby League World Cup.

Blair (New Zealand) and Vunakece (Fiji) will bring a strong representation for the Pacific nations and the broader playing group to the Association’s Board.

Mr Adams said the appointment of Blair and Vunakece will be a significant boost in what is a crucial time for the Players.

“It is with great pleasure that I welcome Adam and Eloni to the Board,” he said. “It’s an important time for the RLPA given the ongoing CBA Negotiations, and I have no doubt that Adam and Eloni will provide great assistance in navigating our way through this critical period.

“The unity within the playing group is stronger than ever and I believe it speaks volumes of the Association that we have the current captains of Australia and New Zealand sitting on our Board.

“Not only that, but the diversity we have within our Directors makes for powerful leadership and representation of the Players going forward.”

Blair expressed his excitement in joining the RLPA Board, highlighting his passion for ensuring players are empowered and respected as a motivator in taking on the role.

“It’s an honour to be appointed as a Board member of the RLPA at this important time for both players and the game,” Blair said.

“I’m very proud of our players and passionate about giving back to the sport.

“I look forward to being an active member of the RLPA team and the opportunity this provides me to develop as a leader.”

Vunakece highlighted his experiences in the workforce as a major factor in joining the RLPA Board.

“I put my hand up for the role because I know how vital it is for workers, in this case the players, to be properly represented from the experiences of both my family and myself in the workforce,” Vunakece said.

“This appointment means a great deal to me as I am always looking to learn and grow as a person.

“I hope that I provide not only a connection point to the elite level of the game, but also the international scene and the grassroots.”

With the addition of Blair and Vunakece, South Sydney forward George Burgess has stepped down from his role as an RLPA Director.

Burgess has made a significant contribution to the empowerment and representation of Players since joining the board in 2015.

“On behalf of the RLPA Board of Directors and its Members, I would like to thank George for his contribution,” Mr Adams said. “He has shown great dedication and effort during his time as a Director and he will no doubt remain heavily engaged with the RLPA in the future.”

The new-look board now consists of 11 people, including six current NRL players and five industry leaders.