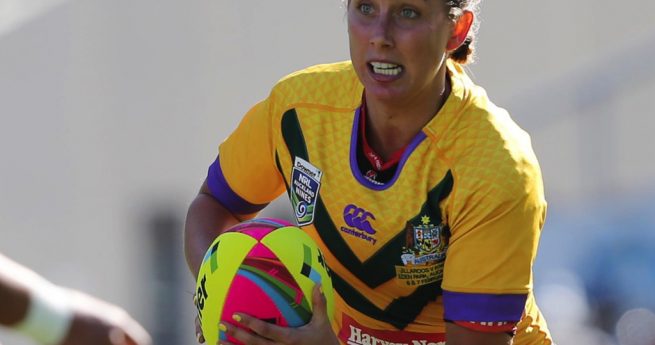 After holding six Skill, Physical Fitness and Ability Testing sessions in as many weeks across NSW metro and country towns, Head Coach Ben Cross and NSWRL Performance and Programs Manager Jamie Feeney will now focus their attention on clinching the Interstate Challenge against QLD for the first time (on 23 July).

The squad, also consisting of nine Indigenous All Stars representatives, including Caitlin Moran, Emma-Marie Young and Simone Smith, will have a training session and review of last year’s Challenge, which resulted in a 4-all draw after 16 consecutive losses.

“Having a Pathways Program is really going to help develop these players and hopefully their improvements in skill, fitness and game knowledge and understanding will help us secure a victory in the Interstate Challenge for the first time in 17 years,” Feeney said.

The introduction of a second division and more teams in the Sydney Metropolitan Women’s competition, as well as the first-ever 13-15 years and 16-18 years girls competitions in the Sydney Combined Competition, allows girls to continue playing Rugby League and not be lost to other codes, creating a genuine pathway to state level.

“It’s fantastic for the women in our game to have the same opportunity as our males always have,” Feeney said.

“To be able to start playing as a young girl and have the chance to follow a pathway through to represent NSW and the Jillaroos is great for Women’s Rugby League.”

The final 18-player team will be selected on 3 July before the side goes into camp on 20 July in preperation for the Interstate Challenge on the Gold Coast (23 July).

Photo: Sam Bremner in action against the Kiwi Ferns in the 2016 Downer NRL Auckland Nines (nrlphotos.com)