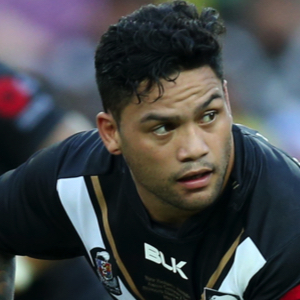 The opposition and the date of the match will be confirmed when the NRL draw is released this week.

“It’s hugely exciting for us to be taking an NRL game to New Plymouth for the first time, even more so for (Kiwi hooker) Issac Luke who gets the chance to play in his home province in his very first season with the Vodafone Warriors,” said Warriors managing director Jim Doyle.

“We’re presently committed to playing one NRL game each season outside Auckland and this is a perfect fit.

“We’ve enjoyed playing in Wellington the last three seasons but this time we’ve decided to try another centre and we’d really encourage fans from Taranaki and nearby regions to come out in force to support Issac and the team in New Plymouth.

“It will be a really big event for the city and the wider area as well as our members and fans from Auckland and further afield who will no doubt be there to follow the team.”

“We are thrilled to have secured a Vodafone Warriors NRL game at Yarrow Stadium giving Warriors and rugby league fans an opportunity to experience the NRL live in Taranaki,” he said.

“We look forward to working with the Vodafone Warriors to make this one of the biggest events on the 2016 calendar.”

Hawera-born and raised Luke, who has joined the Vodafone Warriors from South Sydney, said playing for his new club in Taranaki would be a career highlight.

“I’ve played in big matches for the Kiwis and for the Rabbitohs but this will be right up there with the biggest moments of my career,” he said.

“I’m really excited to be back home in New Zealand playing with the Vodafone Warriors but it’s a huge buzz to know I’m now also going to have the chance to play in Taranaki, to have all my family and friends there. I can’t wait already.”

“We’re doing all we can to take the team to other centres around the country and it’s special when it’s a first, as it will be for New Plymouth hosting its first-ever NRL game,” he said.

“I know how much it will mean to Issac and that will just add to the excitement.”

The confirmation of the Yarrow Stadium match ensures the Vodafone Warriors will play at least three times outside Auckland in 2016 after recently confirming they will meet Gold Coast in an NRL trial in Whangarei on February 13 and then St George Illawarra in Nelson on February 20.

The New Plymouth fixture will be the 10th NRL home game the Vodafone Warriors have played away from Mount Smart Stadium.