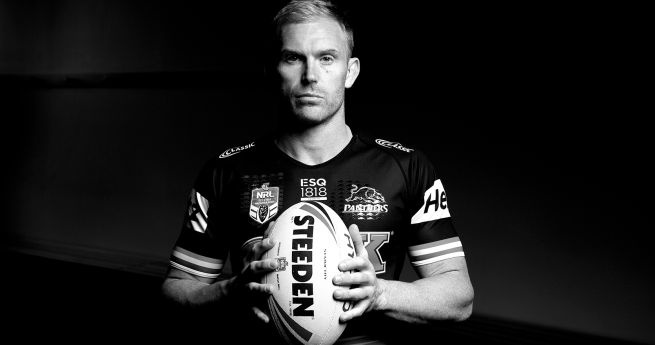 The Rugby League Players’ Association (RLPA) would like to congratulate Peter on a stellar career that spanned across 240 appearances at the Panthers and the Brisbane Broncos.

Wallace scored 36 tries, 87 goals and 8 field goals during his NRL career, with a total of 314 points.

“Peter Wallace has informed the club and his teammates of his decision to retire, effective immediately.

“It’s an incredibly selfless act from Peter. He always had great faith in the young players coming through our system here at Panthers and has played a huge part in their development as both footballers and people.

“Peter has been battling with injury for several years and has repeatedly played for the club with injuries that would keep the normal man home in bed.

“It can now be revealed that Peter has played the last two years with no ACL in his knee after his last knee reconstruction actually failed. Management and coaches knew of his condition, but he didn’t want anyone else to know. I can also remember him staying on the field for 50 minutes in a game where he had completely torn his ACL. He is a tremendously tough individual and his leadership has been wonderful for our club.

“Peter will immediately take up a position on the coaching staff in our club. His experience and relationship with our players will be a wonderful asset for our program at Panthers. I can see Peter enjoying a long-term future in coaching at Panthers.

“He has enjoyed an outstanding playing career. He now moves into the next stage of his life and Panthers will always be here for him.”