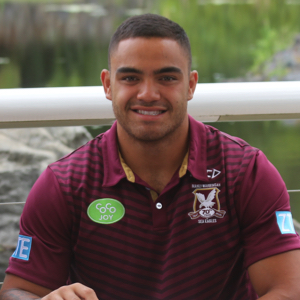 Manly Warringah Sea Eagles are excited to announce the recruitment of Australian representative Dylan Walker to a four year contract.

Walker commented that he is able and ready to fill the vacant five-eighth positon in the star studded Sea Eagles backline if Barrett moves in that direction.

“I would love to play six alongside Daly Cherry-Evans and inside both Steve Matai and Jamie Lyon,’’ Walker said.

“Five-eighth was my favourite position coming through the juniors and if the coach wants me there I will jump at the opportunity.

“I’m excited to be at such a great Club – once I was moving from Souths, the Sea Eagles was my first and only priority.

“I’m delighted I am now a Sea Eagle.”

“Trent Barrett and Bob Fulton have worked tirelessly to attract quality players to our Club together with Management,’’ Penn said.

“Dylan Walker will be a favourite with our Members playing alongside some of the best players in the game.”

Coach Trent Barrett said Walker’s signing is a coupe for the Club.

“He is one of the brightest stars in the game – his team-mates can’t wait to play alongside him,’’ Barrett said.

“Dylan is a rare talent much sought after by a multitude of clubs. His decision to play in maroon and white is a salute to our history and where we are headed in the immediate future,’’ Kelly said.