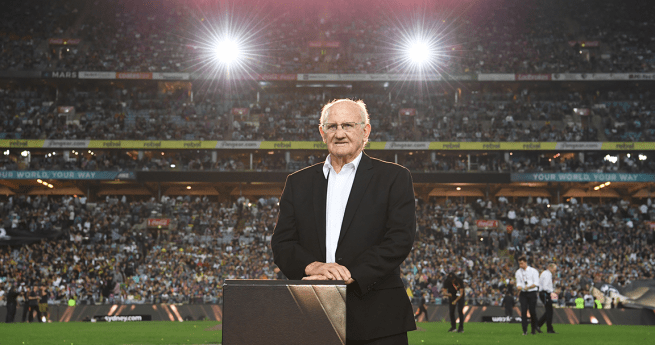 Summons captained Australia in five games – all of which were undefeated. Summons represented Australia 27 times between 1961 and 1964.

The former Magpies halfback earned a place in the NRL Hall of Fame and features on the Telstra Premiership trophy alongside St George Immortal Norm Provan from the famous photograph taken in the 1963 Grand Final.

“We have lost a true icon of Rugby League in Arthur and he will be greatly missed by many,” Newton said.

“Arthur was small in stature but made a giant contribution to the game of Rugby League.

“On behalf of the RLPA and our members, I pass on our deepest condolences to the family and friends of Arthur.”

Broncos and Eels to restart