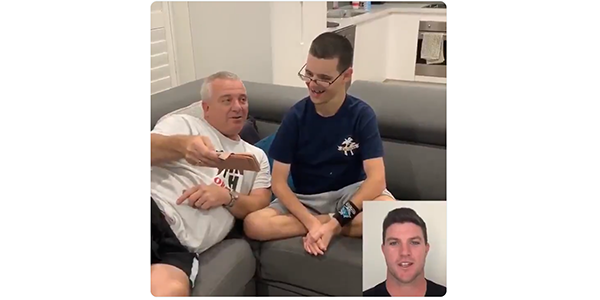 Cronulla-Sharks star Chad Townsend lifted the spirits of one the Club’s biggest supporters this week, sending a special video message to Dylan who has been doing it tough recently.

The reaction from Dylan is priceless, as seen in the video below.

Originally shared by @Scooter691, the caption read: “Guess who got a special message from Chad thanks Chad he will be at the next home game looking for you.”