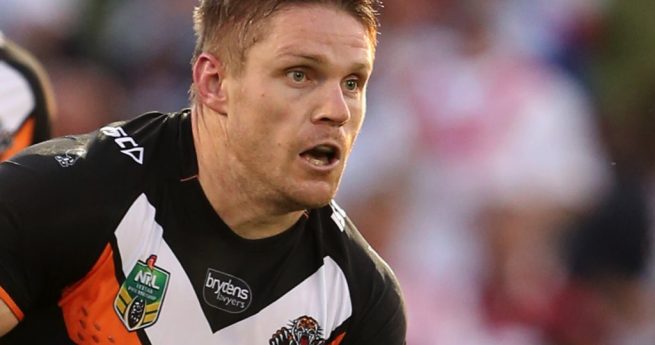 Chris Lawrence will captain the side for the second consecutive year, with the two-day event taking place on February 6 and 7.

With last year’s side having a successful tournament by making it through to the semi-finals, 10 players from that team will be making the trip again in 2016.

The tournament will be the first hit-out in Wests Tigers colours for a number of new recruits such as Michael Chee-Kam, Justin Hunt and Jack Littlejohn.

It’s side boasting youth but also experience and is headlined by exciting players including Tim Simona, Kevin Naiqama and Manaia Cherrington.

Wests Tigers Head Coach Jason Taylor said that the tournament is a good opportunity for a number of players to show their credentials ahead of the NRL season.

“There are a number of guys who will travel to Auckland that are in contention for Round 1 positions,” Taylor said. “While this tournament is played in a much different format to the average NRL game, it provides these players with another opportunity to put their best foot forward before the year commences.

“I’m really looking forward to seeing a lot of our new recruits in action and also a few of the younger players who have stepped up into the NRL squad.

“It’s an exciting style of rugby league that will be played over the weekend and I feel that this squad has a good mix of both youth and experience.”

Wests Tigers have been drawn in the Rangitoto Pool, which includes the Newcastle Knights, North Queensland Cowboys and Penrith Panthers.

The squad will depart for Auckland on Thursday with numerous activities scheduled in the lead-up to the start of the tournament on Saturday.

For more news from the Tigers head to the Club website

Photo: Chris Lawrence will skipper the squad in Auckland (nrlphotos.com)