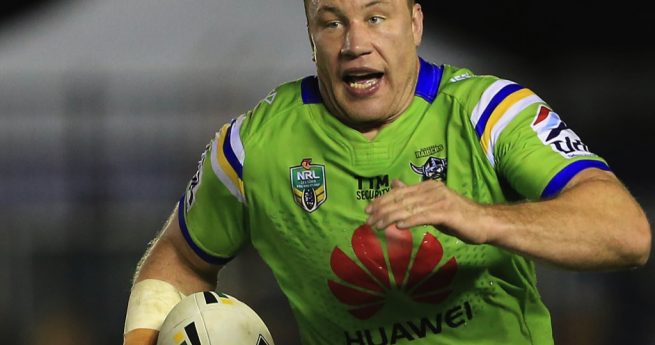 Prop Shannon Boyd (Kangaroo No 808), winger Valentine Holmes (809) and interchange forward Tyson Frizell (810) will all play in the green and gold jersey for the first time.

Sam Thaiday will play his 30th Test match for Australia against the Kiwis.

“This will be a great challenge for this team,” Coach Mal Meninga said. “The Kiwis have picked a very strong squad themselves.

“It will be great to see how some of our younger players fare against such an opponent.”

Photo: Raider’s prop Shannon Boyd is one of three debutants named in the Kangaroos squad. (nrlphotos.com)

Kangaroo call up for Jake...