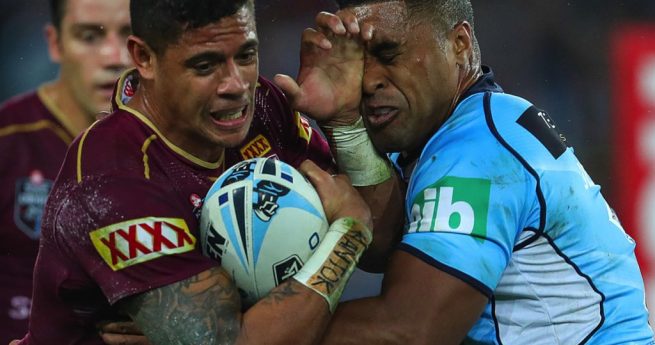 The teams have been announced Game Two of the 2016 Holden State of Origin series to be fought out at Suncorp Stadium on Wednesday 22 June.

The XXXX Queensland Maroons go into the game with a one-nil lead over the NSW VB Blues in the three game series after winning the opener at ANZ Stadium by two points (6 – 4).

NSW Coach Laurie Daley had made one change to his starting 17 bringing in Wade Graham to replace the injured Boyd Cordner but a guilty verdict at the Judiciary for a careless high tackle charge has forced the Cronulla Sharks star to put his Origin debut on hold.

Called into the side in his place is Tyson Frizell from the St George Illawarra Dragons.

Queensland coach Kevin Walters has also been forced to make a change with Josh McGuire to make his first starting appearance after Nate Myles was ruled out with a knee injury. Jacob Lillyman, who was 18th man in Game 1, will come off the bench.