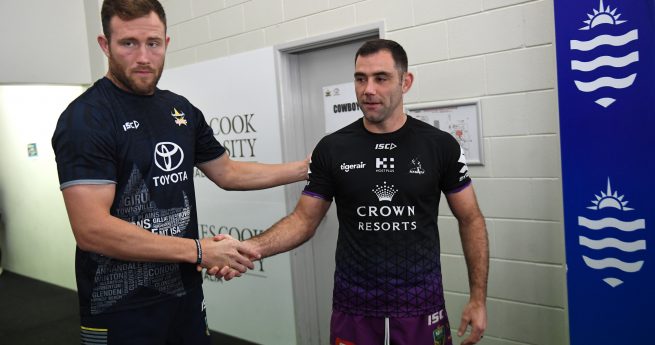 The Melbourne Storm and North Queensland Cowboys have named their teams for this Sunday’s NRL Grand Final at ANZ Stadium.

Neither side have made changes to their 17 from their respective Preliminary Finals last weekend, with Cowboys co-captain Matt Scott named on an extended bench in jersey 21 and unlikely to make a return from a knee injury that has sidelined him since Round 3.

Cooper Cronk, Tohu Harris and Jordan McLean will play their last match for the Melbourne Storm in the decider.

The Cowboys have made an incredible run through the Finals series, making their way to the Grand Final from eighth place with wins over the Roosters, Eels and Sharks. North Queensland are the first team since 2009 (Parramatta) to make it through to the decider from eighth place.