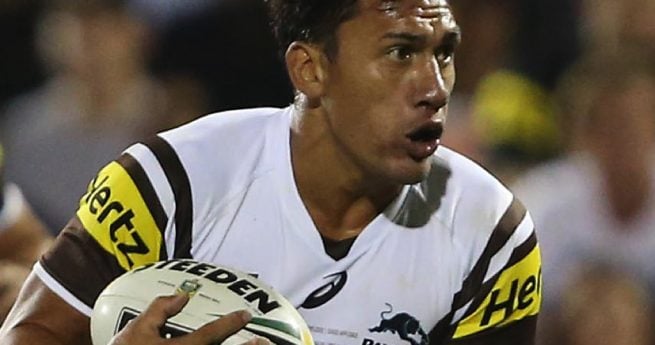 The 26-year-old has been granted an immediate release from the Panthers and will join Wests Tigers training next week following his commitments with the NSW Residents side.

Taylor, primarily a backrower, will significantly bolster the Club’s forward pack and has signed a contract for the remainder of the 2016 season.

With a total of 106 NRL games experience under his belt, as well as 10 Test matches for New Zealand, Taylor is a superb addition to the Club’s playing roster.

Taylor expressed his excitement in securing a new opportunity with Wests Tigers.

“It’s really good to be here at Wests Tigers,” he said. “I can’t wait to get into training and meet all of the boys next week.

“There is a good opportunity to play first grade football at the Club, I haven’t played a lot of first grade this year so I’m really looking forward to the opportunity.

“It’s a really young squad with a lot of potential here at the Club, you can see that with the natural talent and flair.

“I’m also looking forward to working with experienced players such as Robbie Farah and Aaron Woods, while also playing some good football with Wests Tigers,” he said.

Born in Hawera, New Zealand, Taylor made his NRL debut for the New Zealand Warriors in 2011 and was selected for the Kiwis later that year.

Taylor played 67 games for the Warriors before moving to Penrith at the start of the 2014 season.

Wests Tigers CEO Justin Pascoe said that the addition of Taylor is one that fans should be excited by.

“We are pleased to have a player of Elijah’s calibre join Wests Tigers,” Pascoe said. “It just shows the positive direction that this Club is heading that we are able to attract a New Zealand International mid-season.

“It’s a really positive sign for the Club and we are committed to building a really strong roster at Wests Tigers.

“We have initially signed Elijah for the remainder of the 2016 season but we look forward to developing a long-term relationship for him as the year progresses.”

“It’s a real coup for the Club to get Elijah on board,” Taylor said. “He is a high quality player who can play for 80 minutes in the forwards.

“Elijah’s defence in the middle is as good as any player in the game so he will be a real asset for us and we are all really excited to have him join the Club.

“I’m looking forward to him joining us for training next week once his commitments with the NSW Residents side are completed,” he said.