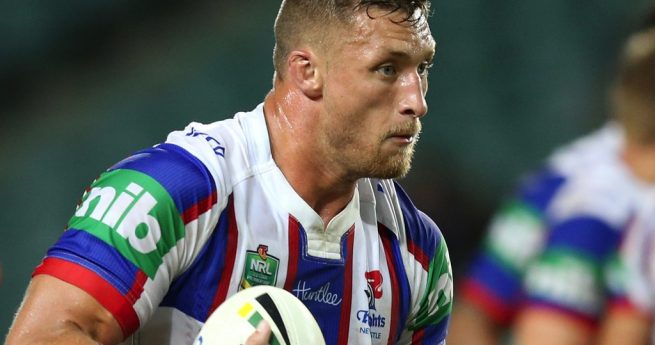 Tariq Sims has agreed to terms on a three-year contract that will see him join the St George Illawarra Dragons from next season through to at least the end of 2019.

The local Gerringong Lions junior, who can play up front and in the second-row, is presently under contract to the Newcastle Knights and has played 97 NRL games to date.

Sims, 26, made his first-grade debut for the North Queensland Cowboys during the 2011 campaign and spent four seasons at the Townsville-based club prior to joining the Knights in 2015.

The former Junior Kangaroo has represented the Fiji Bati on five occasions and has been selected in the past five consecutive NSW Country Origin teams (2012-16).

Sims will join the Dragons in November.

Photo: Tariq Sims in action for the Knights (nrlphotos.com)