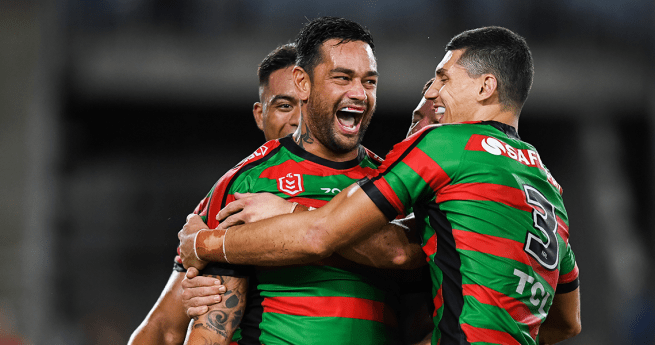 South Sydney Rabbitohs legend and ‘300 Club’ member John Sutton has today announced that the 2019 season will be his final year of playing rugby league.

The 34-year-old has played all 16 of his seasons in the cardinal red and myrtle green of South Sydney and is the Club’s most capped player of all-time – currently sitting on 329 appearances.

The Kensington junior made his NRL debut in 2004 against the Brisbane Broncos and represented the Australian Prime Minister’s XIII in 2005 and City Origin in 2008 and 2009.

The 2014 premiership-winning captain said in a South Sydney media release today that he will continue his involvement in rugby league at the end of the year.

“I absolutely love this Club and everything it stands for. It’s stood by me for about 20 years and I know within myself that I have given everything possible to pay the Club back over the years,” Sutton said.

“2019 will be my final year and I’ve been lucky enough to play alongside some wonderful players, be coached by some of the best coaches in the history of the game, and I’ve been able to represent the best Club and its Members in the world.

“We’ve made some great memories together here including the 2014 Grand Final win, the World Club Challenge win in 2015, and countless other times on the field in front of the Members and sitting in the dressing rooms with my team mates after a win.

“I want to thank all of the players, coaches, Richo (Shane Richardson), Blake (Solly) and the staff over the years who have helped me during my career. You all mean a lot to me. I want to thank the Board and investors of the Rabbitohs for helping turn this Club into what it deserves to be.

“I’m finishing up playing this year but it won’t be the end of my association with Rugby League. I’ll be involved with the Rabbitohs and I’ll be helping this Club stay at the top where it should be.

“We also haven’t finished the job this year yet. My full focus is on getting the best out of every player in our team and giving ourselves every opportunity to win the comp again this year, and it starts with the Bulldogs this Saturday.”

The Rugby League Players’ Association would like to congratulate Sutto on a wonderful playing career and wish him well for the remainder of the 2019 season and in the next chapter of his life.