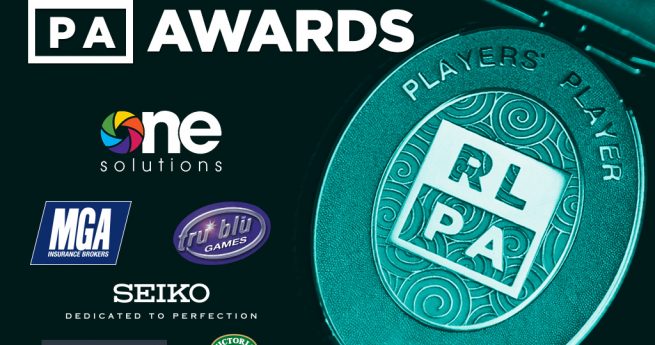 Johnathan Thurston is in line for a fourth RLPA Players’ Player Medal when the 2015 Rugby League Players Association Awards are announced next week in Sydney.

The Cowboys Captain received the Medal in 2005, 2013 and 2014 and is one of five finalists in line for the 2015 peer voted honour. Joining him in contention are Ben Hunt (Broncos), Greg Inglis (Rabbitohs), James Tedesco (Tigers) and Roger Tuivasa-Sheck (Roosters).

The twelfth annual Awards will be presented next Tuesday night at Doltone House, Jones Bay Wharf.

“It is a very special feeling to be honoured by your fellow players and the RLPA Players’ Player Medal is the ultimate recognition of your on-field performances,” said RLPA General President, Clint Newton. “It is certainly a career highlight for a professional Rugby League Player.”

The RLPA Rookie of the Year award is a three-way battle between Tuimoala Lolohea (Warriors), Cameron Munster (Storm) and Jake Trbojevic (Sea Eagles).

Players vote for their opponents on a 3-2-1 basis after each game of the NRL regular season and the votes are tallied after Round 26 to determine the recipients of the Players’ Player Medal and Rookie of the Year Awards.

The night will also recognise career milestones and achievements at youth, premiership and representative levels of the game.

The One Solutions Representative Player of the Year awards honour the contribution made by Players to their national teams during the 2014 Four Nations, the 2015 State of Origin and Test Matches in the Australia, New Zealand and Rest of the World categories.

The finalists for the RLPA NYC Player of the Year crown are Viliame Kikau (Cowboys),  Te Maire Martin (Tigers) and Latrell Mitchell (Roosters).

“I am so proud of my fellow Players who perform so well on the field and give so much to their local communities,” said Newton. “It’s an honour to represent them and we are looking forward to celebrating their achievements.”

Awards will also be presented in the RLPA NRL Education and Welfare categories to NYC and NRL Players and Clubs while 15 Players will receive the RLPA Chairman’s Award to mark their Representative debuts for either Australia or New Zealand.

The prestigious Dennis Tutty Award will be presented to a player who has demonstrated the commitment and determination to champion and defend the rights of Rugby League Players.

Queensland’s Billy Moore (17) along with New South Wales Danny Buderus (21), Steve Roach (17) and Wayne Pearce (15) will be inducted into the RLPA Origin Gold Club presented by Seiko in recognition of at least 15 appearances for their State.

RLPA Rookie of the Year

One Solutions Australian Representative Player of the Year

One Solutions New Zealand Representative Player of the Year

One Solutions Rest of the World Representative Player of the Year

Click through to the RLPA Awards Honour Roll of past winners