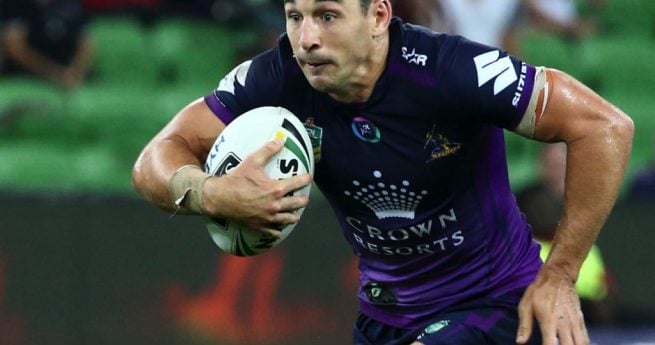 The arthroscope revealed further issues with his shoulder that needed attention, the result of which will see Slater sidelined for 6-8 months.

The surgeon was very happy with the surgery and is confident Slater will make a full and successful recovery.

Storm Football Director Frank Ponissi said, “While we are hugely disappointed to hear the extent of Billy’s injury, we are very pleased to hear the medical team expect him to make a full and successful recovery.”

Slater will have some time away from the Club before commencing his rehabilitation program to return to the field as soon as possible.

For more info from the Melbourne Storm head to their website.

Photo: Billy Slater in action in the opening round of the 2016 season. (nrlphotos.com)

Waqa off to France

NRL players unite ahead of...