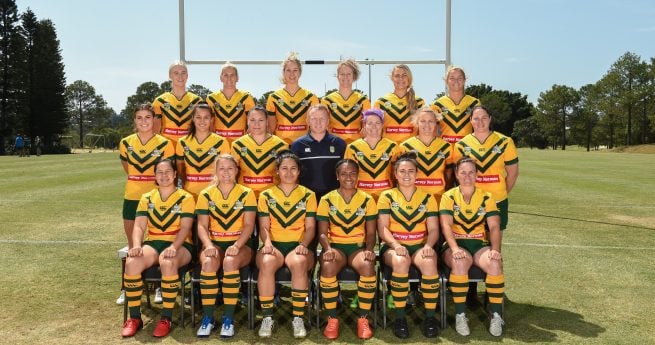 The Harvey Norman Jillaroos will face the Papua New Guinea Orchids in Port Moresby this Saturday, with six players set to make their Test debuts.

The team is preparing on the Gold Coast this week before departing for PNG, with the match set to be played as a curtain raiser for the annual Prime Minister’s XIII game.

“This match is a fantastic opportunity to showcase the female game on the international stage. I’m really happy with the group we’ve selected to head across to Papua New Guinea and create a bit of history,” Donald said.

“It’s a really good mix of players from right across the country, so to have them come together for a week so close to the World Cup is great for our preparations for later in the year.

“A fair few from this squad have probably yet to experience playing in front of a packed crowd, let alone away from home and against a tough opponent like the PNG Orchids, so I’m eager to see how everyone handles themselves on the day.”

Several NSW based Jillaroos representatives were excluded from national duties to participate in the NSWRL’s Harvey Norman Women’s Premiership final series in Sydney occurring on the same weekend.