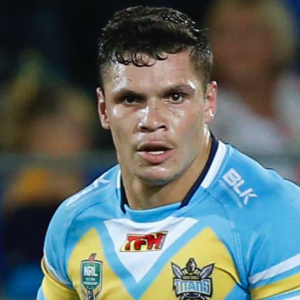 James Roberts has signed a two year contract with the Brisbane Broncos.

The Dally M Centre of the Year will report to training when the Broncos resume their 2016 pre-season on January 4, and shapes as an exciting replacement for retired captain Justin Hodges.

Broncos’ chief executive Paul White said he felt the new arrangement would be a great fit for both the club and the player.

“We certainly did not expect this opportunity and James and his advisor have conducted themselves very well during the negotiation,” he said.

“James is one of the most exciting young players in the NRL and we believe playing in the Broncos’ system can help take his game to the next level.”

Roberts’ advisor Jeremy Donovan said while the decision had taken some time, they were confident a move to the Broncos would be best for his personal development.

“This has been a long and exhausting process, but one that has supported James’ growth,” said Donovan.

“He has had the opportunity to make a decision on his playing career and where he believes he will thrive not just as a player, but as a person.

“James has had the opportunity to consider what club and culture best fits him and his family.

“He is incredibly grateful for the respect each club has shown him during the course of this process, and is now focused on running out in the Brisbane Broncos’ jersey next season.”

Roberts, 22, has scored 32 tries in just 52 NRL matches, including 16 in 24 games for the Gold Coast Titans last season.