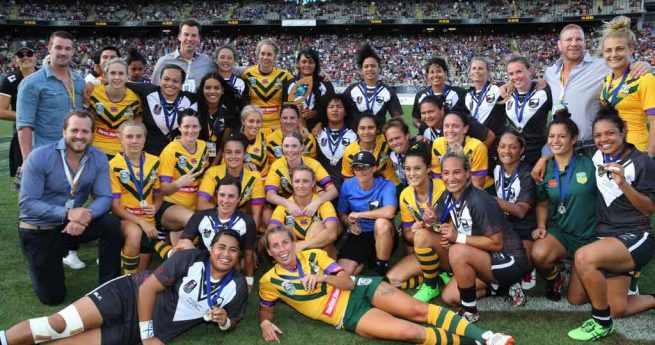 The Rugby League Players Association this week welcomed women players as members of the Association.

RLPA Chairman Clint Newton says the women’s game has been growing, especially in recent years, but in comparison with other codes there is a lot of ground to make up.

“Our elite women have to deal with a range of issues, some of which they share with the men and others that are unique to their game,” said Newton.

“We’re delighted to represent them as part of our playing group and we look forward to providing them with advice and support to empower them so they can influence the decisions that are made about the women’s game,” said Newton.

In talks with the Australian and New Zealand national teams during the recent Auckland Nines the players highlighted as a major concern, the impact playing the Game has on their personal and professional lives.

“Some have to take leave without pay to represent their country and most are funding equipment and fitness support out of their own pockets,” said Newton. “They also have limited playing opportunities and that impacts on their development potential and the growth of the sport.

“It’s another step forward for us to join the RLPA and it’s important that the Jillaroos are represented when issues are discussed and decisions made,” said Hancock.

“We’re excited to be members of the RLPA and we’re looking forward to working closely with the Association to further strengthen the professionalism of women’s Rugby League,” she said.

Her sentiments are echoed by Kiwi Ferns captain Sarina Fiso who says the RLPA membership is welcome recognition of the importance of women playing the Game.

“It’s another sign that women’s Rugby League is being taken seriously alongside the men’s game and another step down the path towards Rugby League becoming a viable professional career for us,” said Fiso.

“The RLPA approach shows the game really values the participation of women as athletes.”

Photo: The RLPA met with the Ferns and Jillaroos during the recent Downer Auckland Nines to discuss the development of women’s rugby league. (nrlphotos.com)

Players lead the way in 'Let...