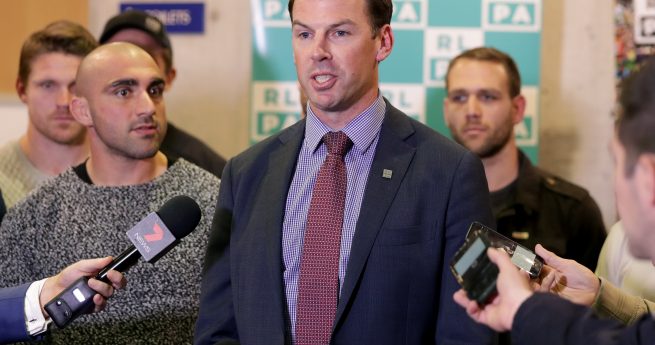 The Rugby League Players Association (RLPA) have today confirmed its support of the 2017 Dally M Awards, which will be held in Sydney next week.

Following the Mass Player Meeting on August 21, players requested that the NRL commit the time required to negotiate agreed positions in relation to the outstanding issues. The NRL and RLPA have since held further negotiations and made significant progress on a number of matters.

Given negotiations continued to progress this week through productive dialogue between the parties, the RLPA Board of Directors resolved that it would be in the best interest of its members and the Game to support the Dally M Awards.

The RLPA believe that the parties are getting close to delivering an outstanding deal for the entire game of Rugby League and are confident an in-principle agreement can be reached over the coming weeks.

“The Dally Ms celebrate the achievements of Players across the competition and provide an opportunity for all stakeholders to celebrate the season,” he said. “The commitment from the NRL to finalising the CBA over the past few weeks means that players are comfortable in supporting the event.

“Just last week the RLPA hosted its own awards, The Players’ Champion, with ARLC Commissioners and Executives from the NRL supporting the night in what was a great sign that we can move forward and work in partnership.

“The RLPA firmly believes that the parties are close to delivering a deal that will help take Rugby League forward, so it’s important that we continue on this path in good faith.

“We can also confirm that players will be supporting the Rugby League World Cup despite the speculation that players would not participate.

“The RLPA has been working closely with the RLWC organisers and is looking forward to Rugby League being showcased on the world stage.

“We have moved closer to a resolution in the past few weeks and we will continue negotiating in good faith to ensure Players receive a fair CBA that reflects their contribution to the game.”

The RLPA and NRL will hold further CBA discussions next week to work through the outstanding issues.