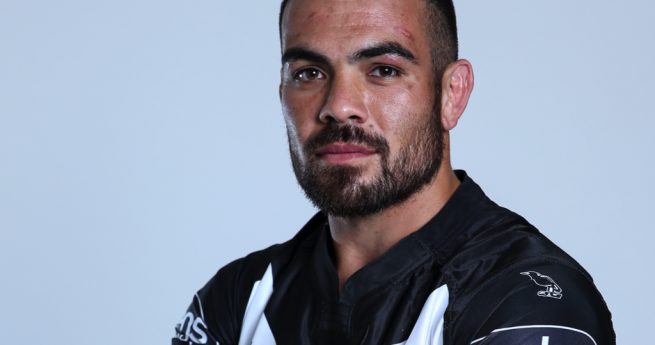 Halatau was appointed to the board in April 2012 and today marks the end of his service as a Player representative on the Board and his playing career.

“Dene’s passion and genuine care for his fellow players is a reflection of him as a person,” said Newton. “He has backed up his commitment to player wellbeing by being an active participant and contributor to the Board and the Association for the benefit of Players.”

Halatau was this year’s recipient of the Dennis Tutty Award at The Players’ Champion Awards celebration in recognition of his dedication and determination to champion and defend the rights of his fellow players.

“Everyone who has played with Dene knows what he stands for and the value he brings to any team and that has certainly been the case for our RLPA team,” said Newton. “He’s been a valued voice within the Association.

“On a personal note I’d like to thank him for his support and honesty, both assets I value and for which I will always be grateful,” said Newton.

“On behalf of all our members I wish Dene every success with the next chapter of his life and again thank him for his service to the Game.”

Halatau has thanked the RLPA for the experience he has gained as a member of the board.

“I learned a lot about governance and what the RLPA does behind the scenes,” said Halatau. “When I was younger I had some idea of what the RLPA’s role was but I know now how much more is involved in having the boys backs as employees and in making sure they get the most out of their careers.

“My advice to all Players is to buy in and take an interest in what the Association is about and what it does because everything we’re trying to achieve is for the benefit of Players,” he explained.  “I have enjoyed the experience and I am excited and encouraged to see where the RLPA develops from here.”

Penrith prop Latimore joins the Board as an appointed Player representative. He is heading into his eighth season and has played 120 NRL Games during his career which has also seen him play for the Eels, Warriors and Dragons.

“This year Jeremy completed his Bachelor of Business degree and we’re really pleased to have him join us on the Board,” said Newton. “He has been strong advocate for Player education and will be a great asset for us as we continue to promote personal development within the Playing Group.”

Click through for more information about the RLPA Board.

Unchanged Kiwis line up to take...

Starling and Sio head to...