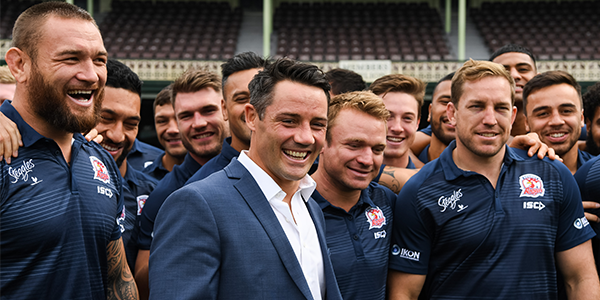 The Rugby League Players’ Association (RLPA) would like to congratulate Cooper Cronk on a wonderful NRL career, with the champion halfback today announcing he will retire at the end of the 2019 season.

Cronk made his NRL debut in 2004 for the Melbourne Storm, playing 14 years with the Victorian club, before joining the Sydney Roosters in 2018.

With 360 NRL appearances under his belt, Cronk also made his mark in the representative arena with 38 Tests for Australia, 22 State of Origin games for Queensland and an NRL All Stars appearance in 2012.

In 2018, Cronk became the first player in the NRL era to win back-to-back premierships at different Clubs – winning the title with Melbourne in 2017 and with the Roosters in the following season.

A two-time Dally M winner, Clive Churchill medallist and Golden Boot recipient, the 35-year-old has an enormous list of achievements.

Cronk has been a wonderful ambassador for the game throughout his career and earlier this year joined the RLPA’s Player Advisory Group – providing his wealth of knowledge to inform the strategic approach of the Association in advancing the interests of his fellow players.

“Cooper will leave a lasting legacy on the game of Rugby League,” RLPA Chief Executive, Ian Prendergast said. “It has been an honour to work with Cooper over the past few years and his contribution to Rugby League has been extraordinary – both on and off the field.

“Cooper is selfless in nature and has always been willing to share his insights and knowledge with the Association to benefit his fellow players.

“I’m looking forward to watching Cooper take the field in his remaining matches this year as the game farewell’s a champion.

“On behalf of the RLPA, I would like to congratulate Cooper on his long list of playing achievements and wish him well as he transitions into the next chapter at the end of this year.”