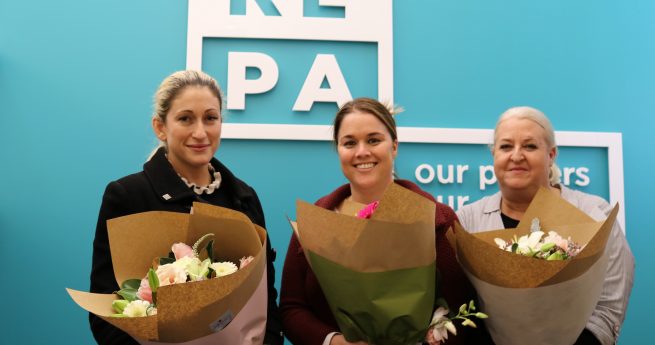 The Women in League Round is an important part of the Rugby League calendar each year that celebrates the significant role that women play across all levels of the sport.

The Rugby League Players Association team includes a number of passionate and inspiring women who are involved behind the scenes to advance the interests of players across the code.

Deidre Anderson, an academic administrator and experienced sports advisor, currently sits as a Director on the RLPA Board.

Anderson, who has mentored some Australia’s most successful athletes such as Olympic swimmer Ian Thorpe, became involved in Rugby League to help ensure players are supported as both athletes and as people.

“Being an elite athlete requires commitment, determination and most of all resilience,” Anderson said. “It is so easy to forget about the human element when you are this engaged in a single pursuit.

“This is one of the main reasons that I am involved in the RLPA, because I believe that sport should be responsible for helping to produce both the best athlete and person.”

Pippa Leary, a leader in the digital media industry, is also involved with the RLPA as part of the Advisory Board.

Leary is currently Nine’s Commercial Director of Digital Sales and says she was eager to be involved in Rugby League to get more of an understanding of the people behind the professional athletes.

“Becoming involved in the RLPA has allowed me insight into player conditions that would have been difficult without working on the Advisory Board,” Leary said. “It has been refreshing to see the passion and commitment of the elite players in ensuring that all players are looked after through their involvement in Rugby League.

“I’ve been able to see how generous they are with their time, and serious they are about improving the game for all involved – something not often portrayed by the media.”

Aravena – who is part of the RLPA Player Engagement team that also includes Michael Crocker and Anthony Quinn – says her passion for ensuring players are properly supported throughout their careers motivated her to join the Association.

“I came over to the RLPA (from the Penrith Panthers) for the same reason I started working in the Wellbeing and Education space – because I believe in the players and I believe in ensuring that they are never forgotten as ‘whole’ people,” Aravena said.

“Working with the team here at the RLPA means I can – in some small way – help to contribute to ensuring that all our players have their holistic needs looked after and fortified.

This week, we will see players take to social medial to support the Round and post about the inspirational women in their lives.

This active support will continue throughout the Women in League Round – with players such as Chris Lawrence, Ethan Lowe, Euan Aitken and Dale Finucane already celebrating the women who have been pivotal to their NRL careers.

Keep an eye on the #WomenInLeague hashtag and follow @RLPlayers to stay across these posts.