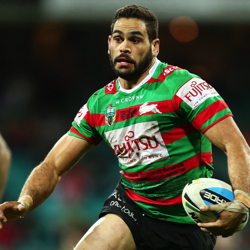 The South Sydney Rabbitohs’ 2016 schedule has been unveiled, after the release of the NRL’s Official 2016 Draw.

The Rabbitohs will get their 2016 campaign underway at Allianz Stadium in Round 1 when the game’s oldest and fiercest rivalry re-ignites on Sunday March 6 at 4pm at Allianz Stadium, with the Rabbitohs taking on the Roosters in the first leg of the Ron Coote Cup – the deciding match set to be played at home in Round 6 at ANZ Stadium.

It’ll then be a home-coming in Round 2 when the men in red and green clash with the Newcastle Knights at our home of ANZ Stadium for the first time in the new year at 5.30pm on Saturday 12 March.

Round 3 will see the SCG host a Sunday afternoon epic on March 20 when the Red and Green face off against the Red V of St George Illawarra – continuing a long history of epic battles between the two teams played in the area that includes countless ‘match of the day’ games as well as Grand Finals.

The Rabbits then return home on Good Friday for what promises to be a cracker on March 25, when the Rabbitohs take on arch-rivals, the Canterbury-Bankstown Bulldogs, in a match-up that has fast become a must-see traditional centrepiece.

Among a host of other featured games, the Rabbitohs will again take home games to Perth and Cairns in 2016, with the first of the road-trips set down for Round 13, when the Club faces the Gold Coast Titans on June 5 at nib Stadium in Perth, before bringing the NRL back to Cairns in Round 17 on Sunday July 3, when they take on reigning Premiers, the North Queensland Cowboys, at Barlow Park for the first time.

The Cairns clash will signal the beginning of a month-long festival of ‘home’ football for the Rabbitohs, who will also take on the Brisbane Broncos (ANZ Stadium), the Manly-Warringah Sea Eagles (Allianz Stadium), and the Canberra Raiders (ANZ Stadium) as they head into the back end of the season.