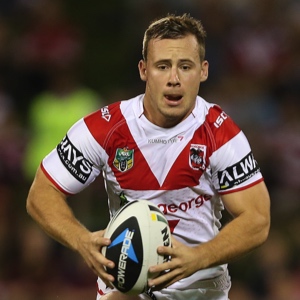 The St George Illawarra Dragons have announced that Adam Quinlan has agreed to terms on a one-year contract that will see him re-join the Club until at least the end of the season.

Quinlan, who can play a fullback, made his first-grade debut for the Club in round 9 of the 2013 campaign against the Gold Coast Titans before departing at the end of the following campaign.

The local Culburra Dolphins junior joined the Parramatta Eels prior to last season before joining UK Super League team St Helens and has played a combined 36 first-grade games to date.

“Adam was keen to return to Australia and took the opportunity to re-sign with the Club at a time when we were looking for further depth at the back,” said Dragons Executive Manager Football Ben Haran.

“He is a well-liked player who will fit in well with the culture here at the Dragons and we look forward to seeing him on the field soon.”

Quinlan will join the Dragons for pre-season training later in the week.

For more news from the Dragons visit their website.