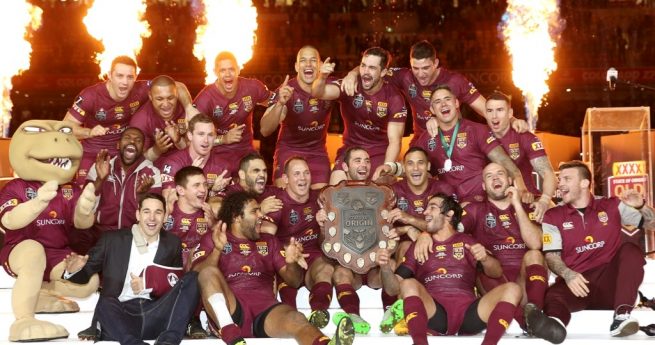 An emerging coaching talent from within the NRL ranks and a former national shot put and discus champion are among the additions to the XXXX Queensland Maroons support team unveiled today.

Rounding out the new faces are two practitioners who have worked with some of the state’s leading sporting athletes and organisations – Dr Matthew Hislop (Sport & Exercise Medicine Physician) and Robert Godbolt (Physiotherapist).

“The staff that we are bringing in are highly credentialed, they know their roles and I’m confident they will do a tremendous job for the players and the people of Queensland,” Walters said.

“I felt the changes were needed just to freshen the place up and to bring in new ideas that will stimulate the players a little bit more.”

“They’ve been tremendous stalwarts for the Origin team and have played an important part in the Maroons’ success,” he said.

Walters is now looking forward to the start of Camp Maroon in May.

“We have got some really good mentors around the camp as well with Steve Walters, Gavin Allen, Trevor Gillmeister and Allan Langer all still involved.”

Walters is excited to work alongside Seibold, who has previously coached the Mackay Cutters in the Intrust Super Cup as well as the Queensland Under 18s.

“I felt it was the right time to bring Anthony in and get him involved,” he said.

“He’s a young up-and-coming coach working in the NRL, which I think is a real positive for our players. He’s also a very passionate Queenslander, which is always at the top of the tree when it comes to these sort of jobs.”

Formerly with the Wallabies and Gold Coast Suns, the full-time Queensland Academy of Sport coach will assume the title of Maroons Physical Performance Manager when rugby league’s showcase series captivates the sporting world once more.

“Chris has worked in different sports and different organisations around the world and he brings a wealth of knowledge to our strength and conditioning programs, which I feel is really important,” Walters said.

“What the players do away from the training field is so important in today’s environment and we feel that Chris will be the right person to bring some new ideas and some new perspective around that.”