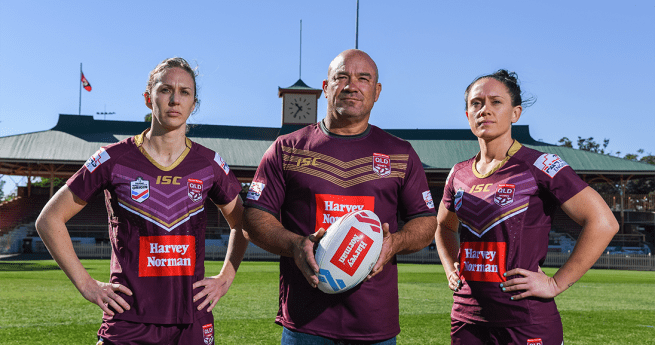 The match will take place on Friday, June 22 at North Sydney Oval and will mark the first occasion that the game will be played under the State of Origin brand (previously named the Interstate Challenge).

Some of the new faces include rising star of the game Meg Ward who also played in that Word Cup win and was a key participant for the Australian Defence Force team at the recent Harvey Norman Women’s National Championships.

The tournament held last weekend on the Gold Coast was a true trial, with some players selected directly from their performances across the three-day tournament, including forward Frieda Faulato Seu from the Harvey Norman Queensland City team.

The Harvey Norman Queensland Women’s team will assemble in camp next week to prepare for the game being played as part of the NRL representative weekend.

New-look Blues take out Game I

Wallace retires from the NRL